Andy Matthews @commadelimited
Meeple Mountain interviews Dan King, the Game Boy Geek! Get the details on his Kickstarter fundraiser, his motivation...and what about that tattoo?

If you’re into board gaming then you’ve probably seen a video or two from Dan King, The Game Boy Geek. (or if you’re like me then you’ve seen dozens and dozens). With over 600 videos under his belt, his expert production values and honest input make Dan a master reviewer.

When Dan decided to launch a Kickstarter to help fund the time spent doing what he loves, I knew I wanted to back it, AND to interview him to find out what makes Dan tick. Sit back and spend a few minutes getting into the mind of the most “Hi Energy” board game reviewer on the internet, The Game Boy Geek! Take it away, Dan!

Talk about your history with board gaming. I’m familiar with the origin of your nickname, did you play boardgames as a kid? Or did you discover the hobby as an adult? 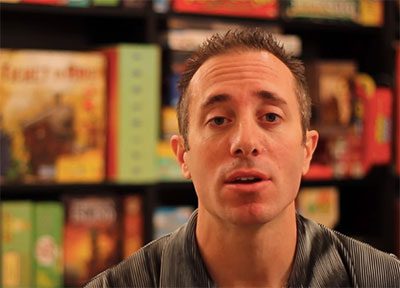 I played games all through my childhood and into High School. While being a jock, the schedules of football, basketball, baseball, and working left little time to play board games. College was more of the same. Studying engineering and working at a home theater company selling and installing home theater equipment also left little time for gaming. Even after college, working as an engineer and touring the country with a band playing the saxophone again left little time for board games. But about 5 years ago, a friend introduced me to Forbidden Island, and the bug bit me again, brought me back to my childhood, and I dove head first back into what I loved as a kid.

I know that you’re a software engineer, but can you say specifically what you work on?

I work on data analysis software that is used by engineers in the semiconductor industry. Essentially any electronic device you have (phone, computer, tablet, etc) has many silicon chips in it. The engineers that design both the chips, and the entire systems use our software to characterize, run reliability tests, and help get ready for full production launches using it.

What are your top 5 games right now? Not necessarily of all time, but the ones you’re loving lately.

That’s a tough one since it’s always changing. For ones that I’ve played for the first time in the last couple months I’d have to say Deception Murder in Hong King, Raptor, & Trekking the National Parks. But Five Tribes, and Mr Jack in NY are still ones that I can’t get enough of!

Your tag line is “Hi Quality – Hi Energy”. What does that mean to you? Why is it important to you?

I’ve done a lot of things in my life, and I never do anything unless I’m going to give it 100%. In all those things I’ve consistently had people tell me that I have infectious, & contagious hi energy. I have a burning passion for everything that I do in life. So naturally that also translates to my board game videos.

Even though I am a very left brained thinker, I also have a creative right brained aspect that shines through in some of the music I’ve created for example. That creative, or artistic eye, is always the perspective that I try to look through when producing any of my videos. That inherently produces a product with high production value, and hence the words hi quality. Those two items are always going to be the focus of the content that I produce.

Did you have any idea when you started doing reviews that you’d wind up with this many of them (600+ at last count), or with this many viewers (over 7300)?

When I started doing these, it was simply to act as a real life project to help solidify what I learned in the Apple certification training I went through for Final Cut Pro (Apple’s professional video editing software). I made about 20 of them in 2 weeks, uploaded them, and got an email from Tom Vasel almost immediately. Being a huge Dice Tower fan at the time, it was a dream come true! So it just started as a small experiment, that turned into what I hope to be a life long career.

Do you have a hard limit to how many times you play a game before you’ll review it?

Absolutely not. I play it as many times as it takes until I feel like I can comment on it thoroughly. Some games can feel very different at unique players counts and those can be tricky. At the same time I also have a ridiculous sized queue. So I have to find a balance between making sure I am thorough enough, and creating enough content.

What’s the average length of time it takes you to record and edit your review videos?

From start to finish (breaking open the shrink wrap, to going live on Youtube) it’s about an 8 hour process per game.

Would you mind showing us a picture of what’s “behind the camera” in your game room? I’ve always been curious what’s on the other side.

Actually there really isn’t anything on the other side! It’s a small 10 x 12 bedroom, and in my intro / outro shots the camera is literally in the hallway to get the look it has. Most people are surprised when they come over. The comment I most hear is “Wow it looks so much bigger on video”! Here’s a shot with the newly finished game room with more shelving, and all games (no music equipment.) 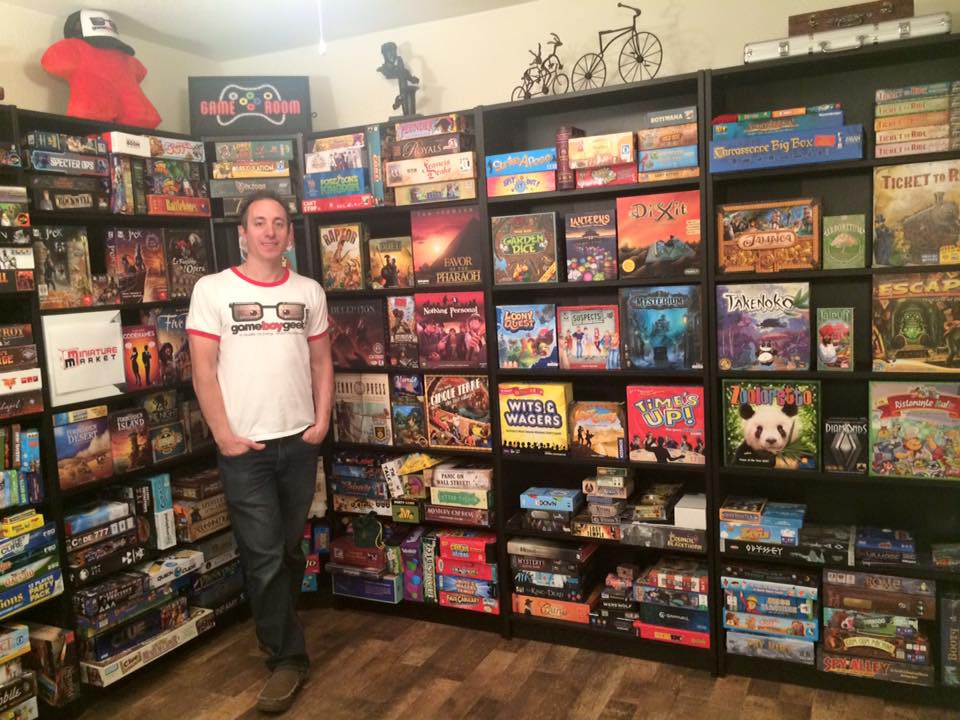 Let’s talk about your Kickstarter campaign. As of February 20 your campaign already had 297 backers and raised over 115% of your goal…and you still have 24 days left. How does that feel?

It was both exciting and terrifying at the same time when launching the Kickstarter campaign. Since it’s all or nothing funding you don’t want to reach too high, but you also don’t want to reach too low. I really had no idea what the turnout would be. I was in the most unique position from any media creator that has tried a Kickstarter. This is because most people seem to know who I am in the industry thanks to the Dice Tower, but since I only started building my channel less than 6 months ago I don’t have a large personal reach yet. With that being said, funding my “goal” in 2.5 days was a huge relief! I am very excited since it will be hopefully the first step in doing this full time over the next few years. But as I mentioned in my Kickstarter video, my “goal” is really the beginning, not a destination.

You’ve got a lengthy list of campaign rewards: private Facebook group, custom promo cards for many popular games, consultations with a number of high profile game designers and publishers! How long have you been working on this?

I have a new found respect for anyone who has run a Kickstarter campaign! I knew it would be a lot of work, but It was abundantly more than I ever imagined. I have been working on it since last November, and it was almost a full time job on it’s own. It required a plethora of research, planning, communicating with publishers, and project management. I heard the fulfillment side is as much work as the planning side, so it looks like it will be an all year time sink! However it’s obviously worth it, or else we wouldn’t be doing it now would we? 🙂

How did you decide which designers/publishers/games you wanted to include?

I reached out to all the ones that I feel like we had grown in our relationships with over the last 3 years. Many simply don’t have promos at all. Some had promos, but for games that I didn’t think were ideal. It was very challenging to find publishers that had the types of promos that I wanted to include (popular games, and willing to create exclusive ones after the campaign).

How much input did you have in the art/concept of the promo cards from the various publishers? 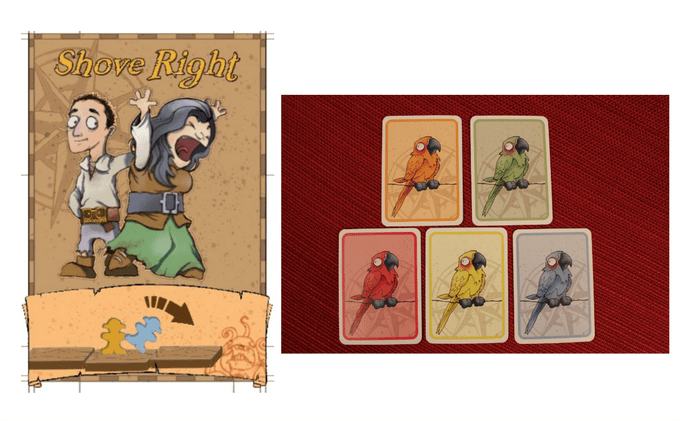 I had high amount of influence in the ideas and designs. For some I had an extremely detailed idea like the Mayday games shove right card (see the story about this on the Kickstarter page). For others, the publishers came up with ideas (like the abilities on the Nothing Personal cards).

Will this increased review activity impact your Dice Steeple work with Sam [Healey]?

I’ve been on my own channel for 5 of the 7 months that we have been doing the Dice Steeple. Therefore I don’t see it being an issue since I’ve been able to keep my time commitment for it. It’s something that I feel led to be a part of, and I am grateful for the opportunity. With that being said each episode (one per month) does require about 8 hours of time. This includes picking topics, researching, recording, editing, and posting.

Can you in fact confirm (or deny) that you have a tattoo of the Game Boy Geek logo on your chest as represented by the O.P. Arena promo card? 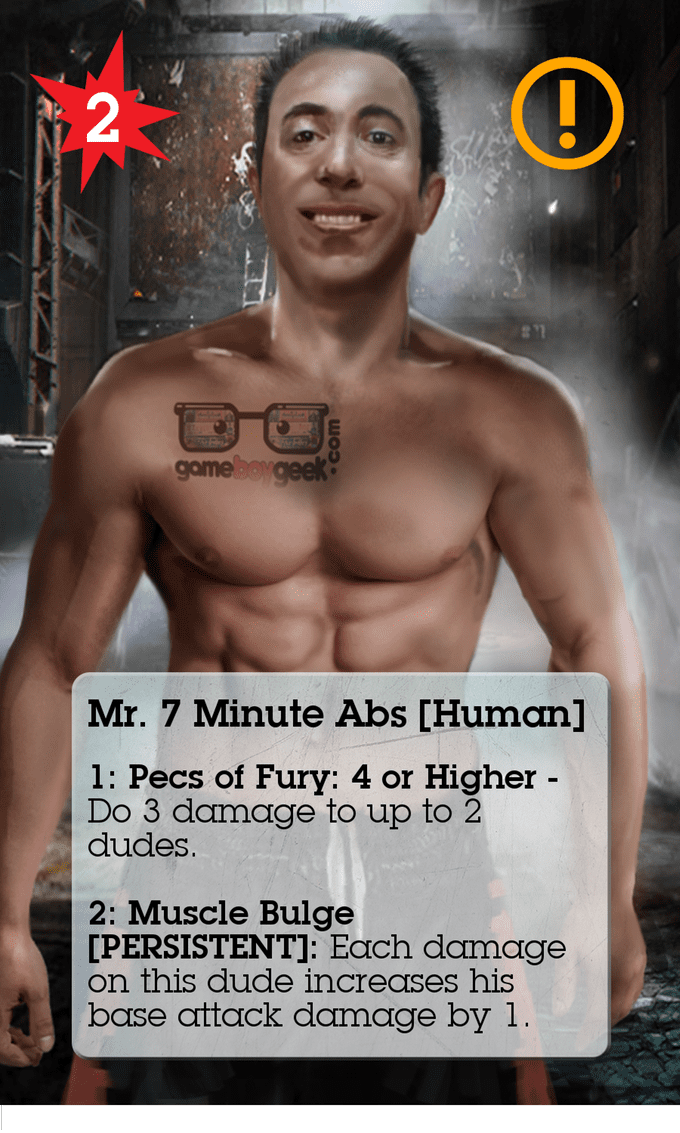 Ha! I actually don’t have any tattoos on my body. I do have pierced ears though (but these days I rarely have anything in them).

Meeple Mountain would like to thank Dan King for the time he spent answering our questions, and for his years of dedication to board gaming. We wish you all the best Dan! If you haven’t already backed Dan’s Season 4 Kickstarter, what are you waiting for? 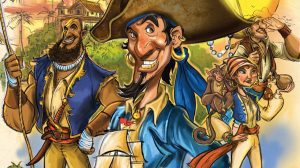 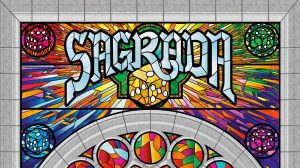