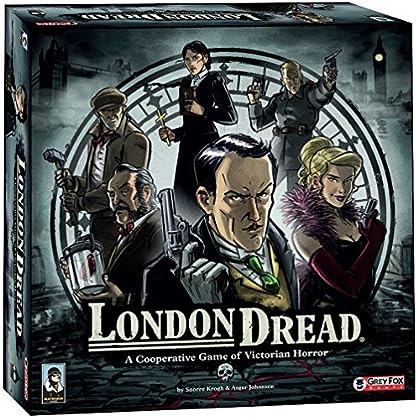 London Dread is a co-operative game set in Victorian England. Players take on the role of investigators trying to uncover plots on the way to confronting a story specific finale.

The game is gritty and thematic, featuring a series of dark events and story lines (such as the appearance of a caped killer on the streets of London) with a hint of the supernatural.

The game is broken into a series of stories, usually played over the course of 2 chapters, in which players alternately participate in a timed planning phase where various obstacles and plots are uncovered and then an untimed story phase where players resolve the effects of their planning.

The result is a tense and truly cooperative experience where players must work together, communicate well, plan effectively, and use the strengths of their investigators in an attempt to stay a step ahead on the mean streets of the city.