Give a man a fish, feed him for a day. Give a man a board game, a computer and a forum to express his opinion, and he probably has a diet of Cheetos and Mountain Dew.

As a kid, my mom used to pull me away from the Atari 2600 to play double solitaire, rummy, or Scrabble. So long as I could beat her, I could postpone my bedtime. This fostered my love for card and board games, as well as my penchant for staying up late. In fifth grade, I was invited to play Dungeons &amp; Dragons at the local library. As First Edition rangers rolled 2d8 for their HP and with enough XP, they learned from both druid and MU spellbooks, I was hooked.

Through high school and college, my family hosted game nights where friends would congregate to play Cue Me, Scattergories, Taboo, and King Moose. At SCAD, I discovered Illuminati; the asymmetrical powers and win conditions wowed me like never before. Art college also turned me off of Pictionary forever; my saxophone didn’t look enough like a saxophone, but THAT WASN’T THE POINT, Adam!

Marriage brought Hand and Foot, Cranium, and Settlers of Catan. Having children brought Igloo Pop, Hey, That’s My Fish!, and Sleeping Queens. As they’ve grown older, those have evolved into Onitama, Castle Panic, and Galaxy Trucker.

For the last ten years, I’ve met with my regular gaming group and played a couple hundred different games. Thousands of those hundreds of games with a dozen guys. My math’s not good, but as I already indicated, I attended art college. Not sure if that intrinsically adds to my geek cred, but I suspect it does. Also, Vlaada Chvatil is my favorite game designer, so there’s that.

As a writer, I’ve self-published two books - the kind of bathroom reading that makes you want to rush to the toilet. I’ve written ten screenplays, a myriad of movie reviews, a smattering of children’s stories, and now, a handful of board game reviews. This should be obvious by the Cheetos stains on my shirt. 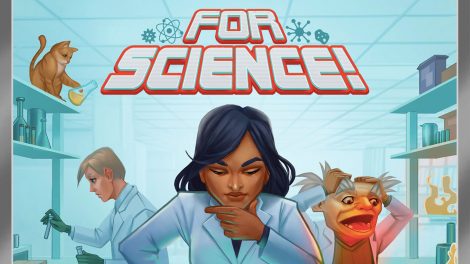 Before we begin, please sanitize your hands. Don your lab coat. Wipe your glasses clean. Take a deep breath. And another. Read our review of For... 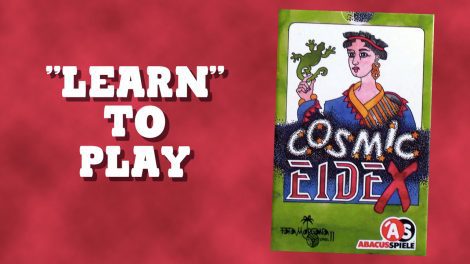