Andy Matthews @commadelimited
Add Comment
In First Take Fridays we offer hot takes on games that are new to us. This week we have Atiwa, Caldera Park, Sakura Arms, Northgard: Uncharted Lands, and The Red Cathedral.

I was super excited when this arrived in the mail from Essen (thanks Justin!), so it took me all of five minutes to get it to the table. I’m exaggerating, but not by much.

Atiwa is a game about trees, fruit bats, fruit, and ecology. Each player’s village starts out small, but over the course of the game, they will be expanding their reach to create new habitats to house the game’s bats which will, in turn, spread seeds to grow trees which, in turn, grow fruits that attract bats. Ad infinitum.

This is Uwe Rosenberg at his worker placement best, but the point salad nature of the game also makes it feel very Stefan Feld-esque. I really enjoyed my first playthrough of it and I’m already thinking about how I can play it even better the next time around.

Keep an eye open for my upcoming review. 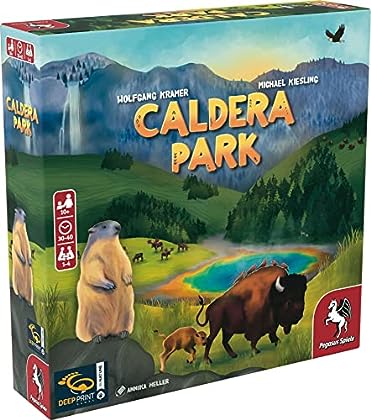 I still have a copy of Savannah Park on my review copy shelf of shame (an admittedly small list, but still, it’s there), so imagine my surprise during a recent gaming event with some of my SPIEL ‘22 friends when one of them broke out Caldera Park, the second in a series of games about nature and accessible gameplay.

A tile-laying game with a nature theme and end-game set-collection goals? Certainly, that would fall into games known as “my type”, but while I enjoyed the experience I’m not sure it is one I would necessarily need to play again. Designers Michael Kiesling and Wolfgang Kramer have worked on many titles together and this one has many of the hallmarks of their previous designs.

It just never wowed me. Would happily play Caldera Park again, and it seems like multiple plays would be rewarding to suss out how to plan on the best places to lay tiles that benefit scoring sets. But soon after it was over, I was already thinking about what to play next. 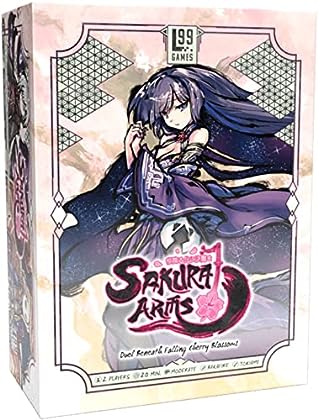 Sakura Arms is one of those games that you pretty quickly realize you’ll need to play dozens and dozens of times to even begin to approach a coherent understanding of what’s going on. This is a dueling card game in which each player builds their deck before the match starts, and a card game in which decks are only seven cards; memorization is key to success. My opponent and I could feel across our first two games that there’s a richness in this, and we had a great time. I enjoyed knowing that a skilled and experienced player would have easily routed either of us. 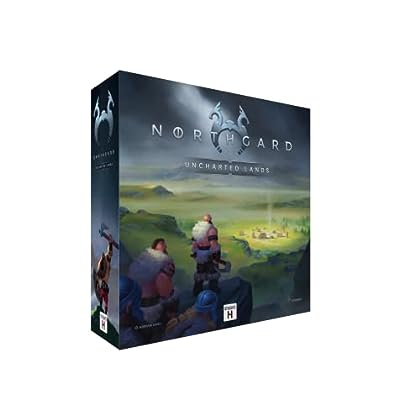 A 4x-style board game that combines tile-laying, resource management, deck-building & hand management, and combat all in a streamlined manner. The rulebook lays out the game well, making turns/rounds easy to understand. For a game with so much going on in it, I was very impressed at how smoothly our first game went.

My full review will be coming soon, but suffice it to say halfway through our first game everyone  was saying how much they liked Northgard. By the last round, they all asked if we could play it again next week.

Ever since we reviewed The Red Cathedral late last year I’ve been wanting to take it for a spin. I finally had the chance recently and really enjoyed it. The teach was a bit rough but I think that was less about the rules and more about the teacher 😄. Once we started playing it was full steam ahead with only a few bumps along the way where we had to refer to the rulebook. Because of the dice rondel, everyone was engaged on every turn hoping players before them wouldn’t move “that one dice” they needed for their turn. But that also led to one of the biggest issues in the game. Since you’re dependent on the location of the dice for collecting resources it can be tough to plan your turn ahead of time. Even when you intended to claim or build a cathedral section, you might change your mind because of where the dice are, and their current value. Note that it’s super important to stay flush with cash to give yourself options for moving the dice one or two spaces ahead. Even though I didn’t win I had a great time, and would happily play The Red Cathedral again.

Focused on Feld: The Castles of Tuscany Game Review