Topiary Review – This Game Really Grows on You

Since the dawn of time mankind has attempted to master our environment. We tamed the dog, we dammed the rivers,…and we even shaped our hedges.

The art of topiary has been around for thousands of years, since Gaius Matius Calvinus first introduced the concept to Julius Caesar and the Romans. It reached its height during the Renaissance period and late 1600s but began falling out of favor in the 18th century as the British swept clear their gardens of heavily ornamented shrubbery.

But Walt Disney helped revive the practice in the 1960s with the American portable style of topiary. Wire frames and mesh gave the plants shape, provided trimming guides, and allowed landscapers the ability to design wildly imaginative sculptures based on his famous cartoon artwork. 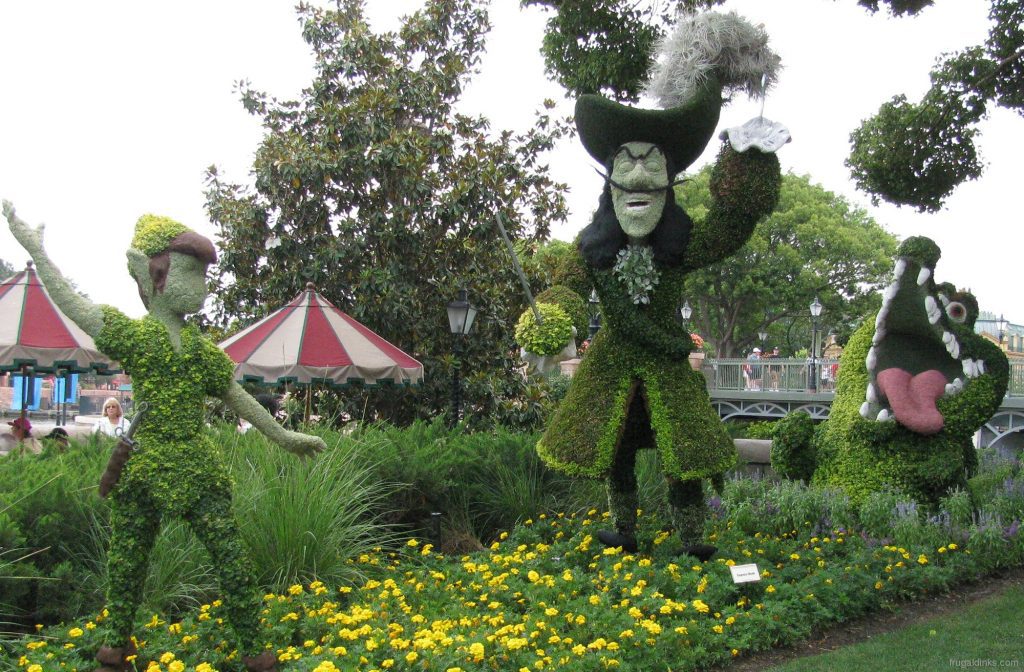 Now in 2018 Renegade Games is releasing Topiary, a game from Danny Devine, one of the designers of Circle the Wagons, in which players send their visitors out to the new garden on the outskirts of town to walk the paths and see beautiful botanicals.

In the game of Topiary 2-4 players will take turns sending out their team of visitors to the topiary gardens, looking at tiles which feature elaborate shrubbery in the forms of whales, swans, elephants, spirals, pyramids, and even a tyrannosaurus rex. Each tile displays one of 8 shapes, with sizes ranging from 1 to 5. 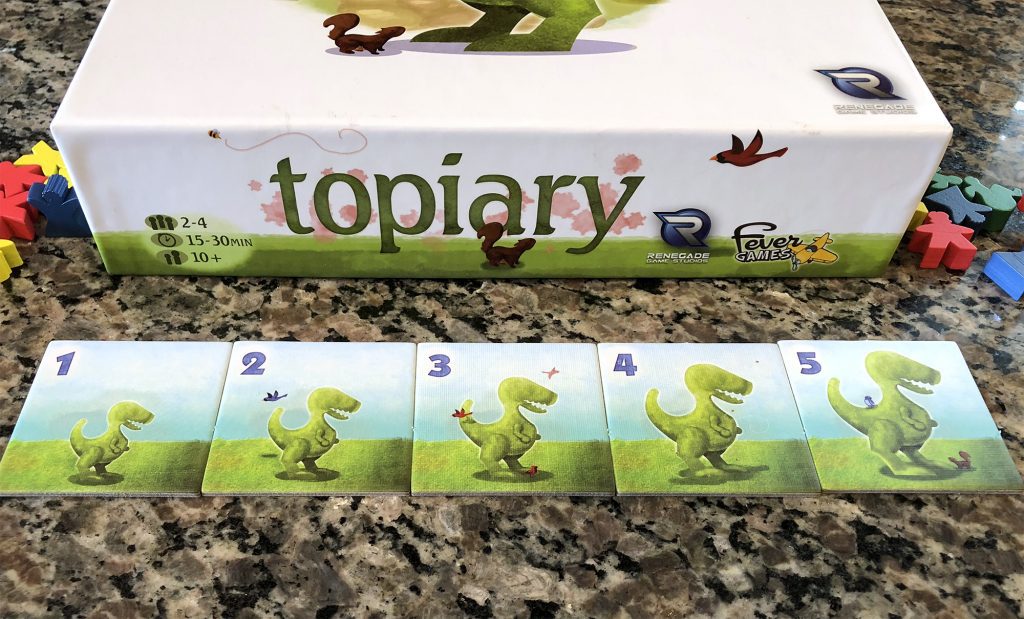 My baby is all grown up

As visitors pieces are placed around the perimeter of the garden, each player tries to arrange a “line of sight” view so that each visitor is able to see the largest number of viewed sculptures. 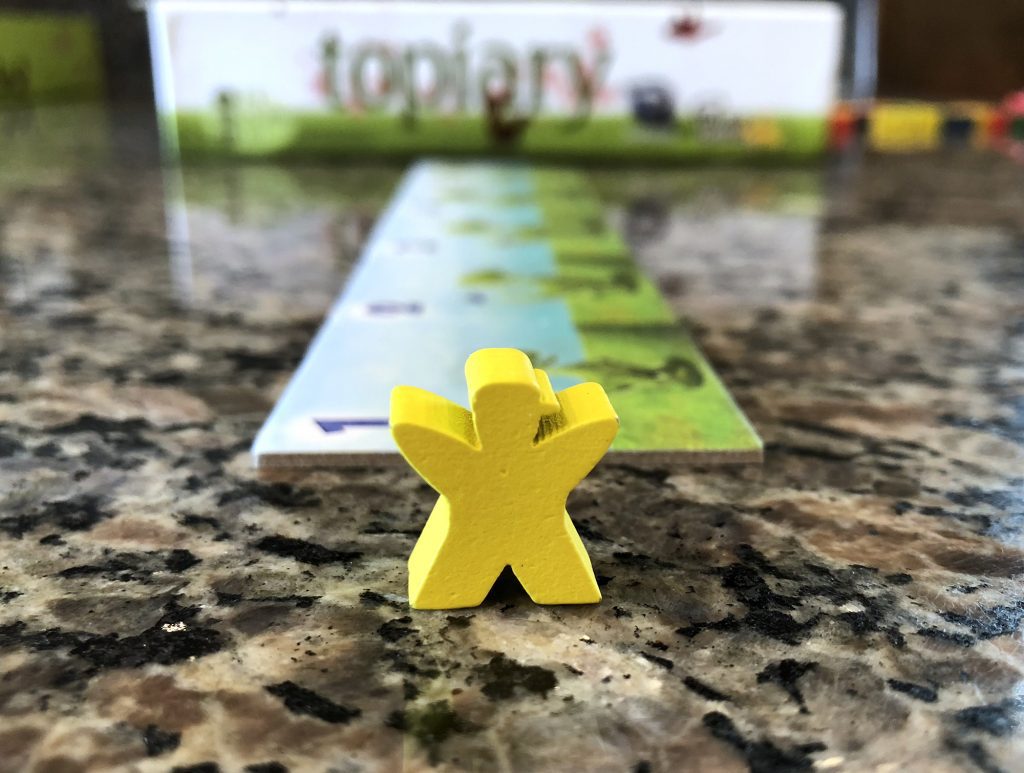 At the end of the game each player adds up the value of all topiary their visitors can see. The player with the most points wins the game. 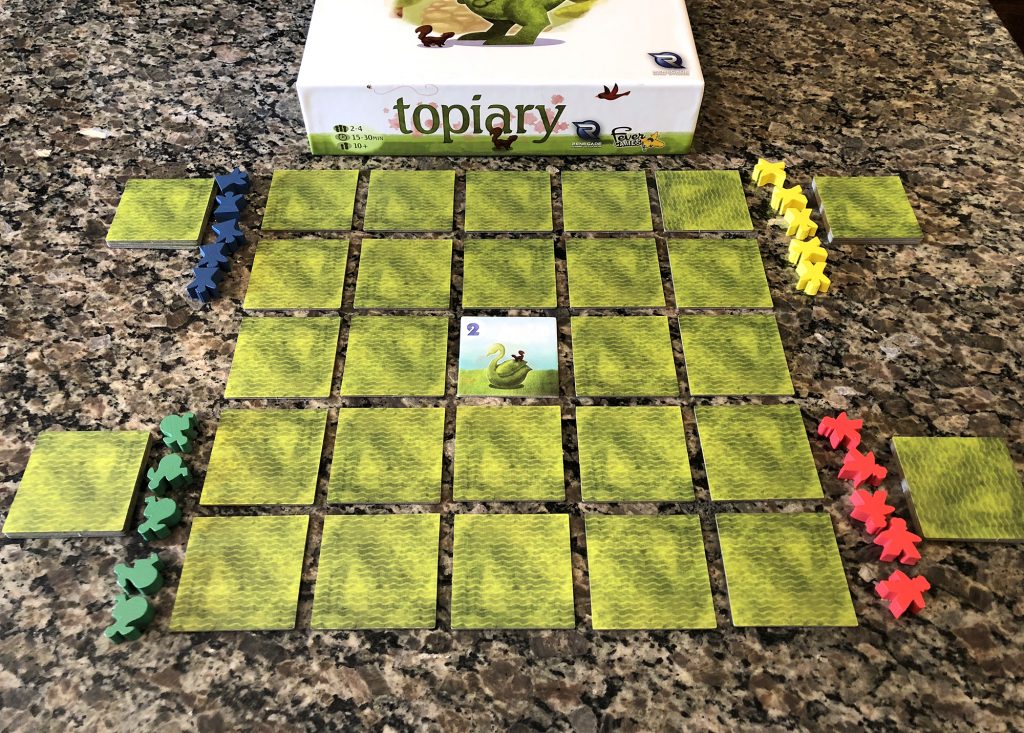 The goal of Topiary is to have the most points at the end of the game by sending your visitors to the gardens to view the largest number of sculptures. Players accomplish this by placing their visitors at either end of a row, column, or a diagonal line of tiles. Once placed, the player will select a single face down tile from that row or column and take it into their hand. They’ll then select one of the 4 tiles in their possession to place face up into the empty space. 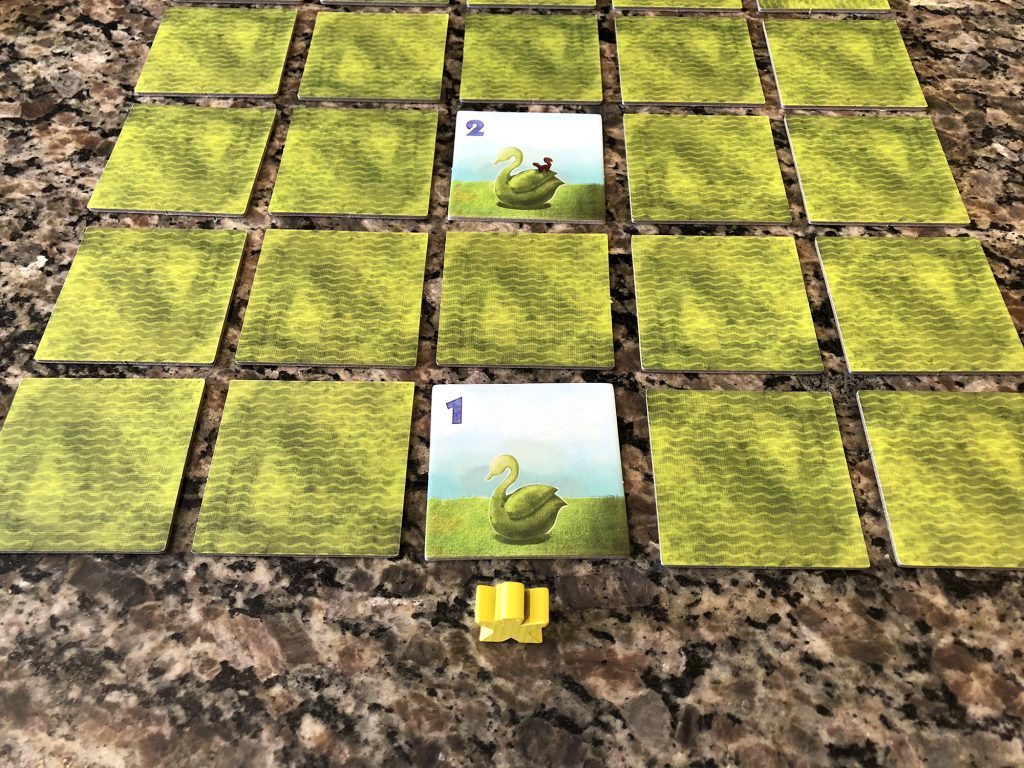 As tiles are flipped the garden slowly reveals itself which means you’re never quite sure just what your visitors will see. The number of each tile relates to its height, which means that if your visitor is looking at two value 3 tiles in a row, the one furthest away will be “blocked” by the one nearest. A perfect row would be a value 1 tile at the end nearest your visitor, then 2, 3, 4, and finally 5 in ascending order at the opposite end of the tile.

In addition to scoring points for the topiary sculptures your visitors can see, players will also receive bonus points for being able to see more 2 or more of the same shape. Finally, players will receive points for tiles remaining in their hand as long as one of their visitors is able to see a larger tile of that shape in the garden. If you’re holding on to a value 3 elephant and one of your visitors can see a value 5 elephant, you score an extra 3 points. 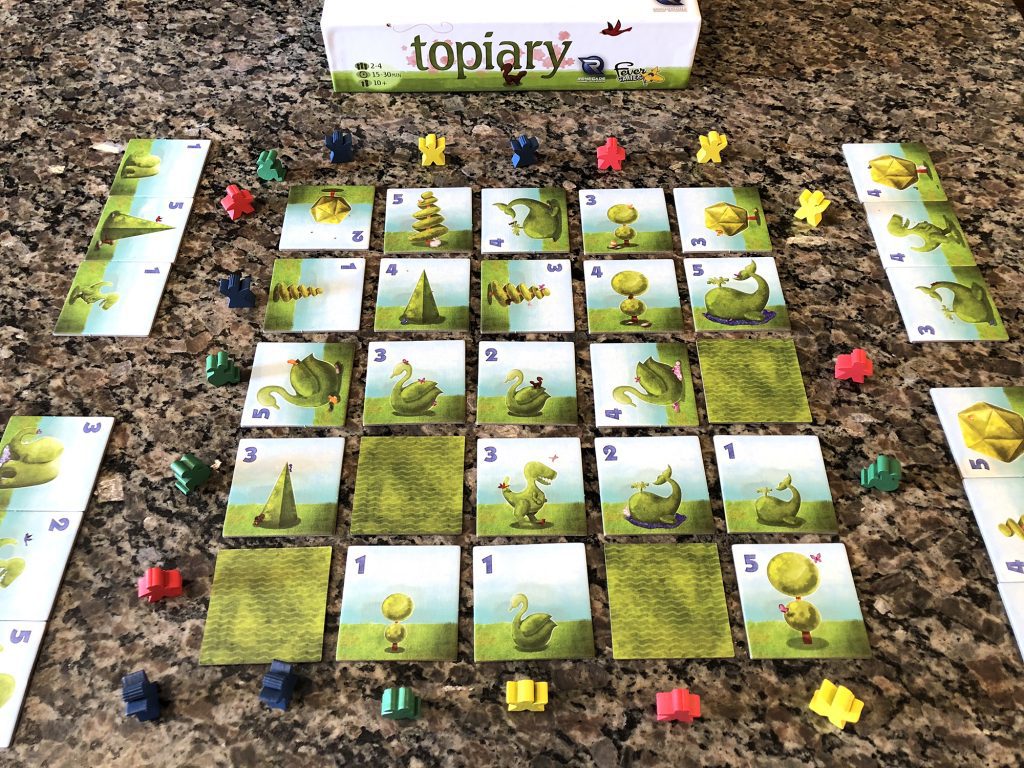 The end of the game

I first heard about this game when the designer, Danny, posted a print-n-play near the end of 2016.

My new game Topiary officially has its first print n play! I welcome all feedback and greatly appreciate any RTs – https://t.co/COH4uPAW4V pic.twitter.com/4nFS3J0NJg

I’ve been following along ever since then and it’s been quite a ride. Picked up by Italian publisher Fever Games, brought to the US by Renegade, and now it’s officially in stores today! From the very beginning the artwork and gameplay really leapt out at me. Danny’s illustrations for Topiary are beautiful and whimsical, the tiles are thick and sturdy, the box is appropriately sized, and has a clean exterior with just a hint of glossy varnish over the T-rex. 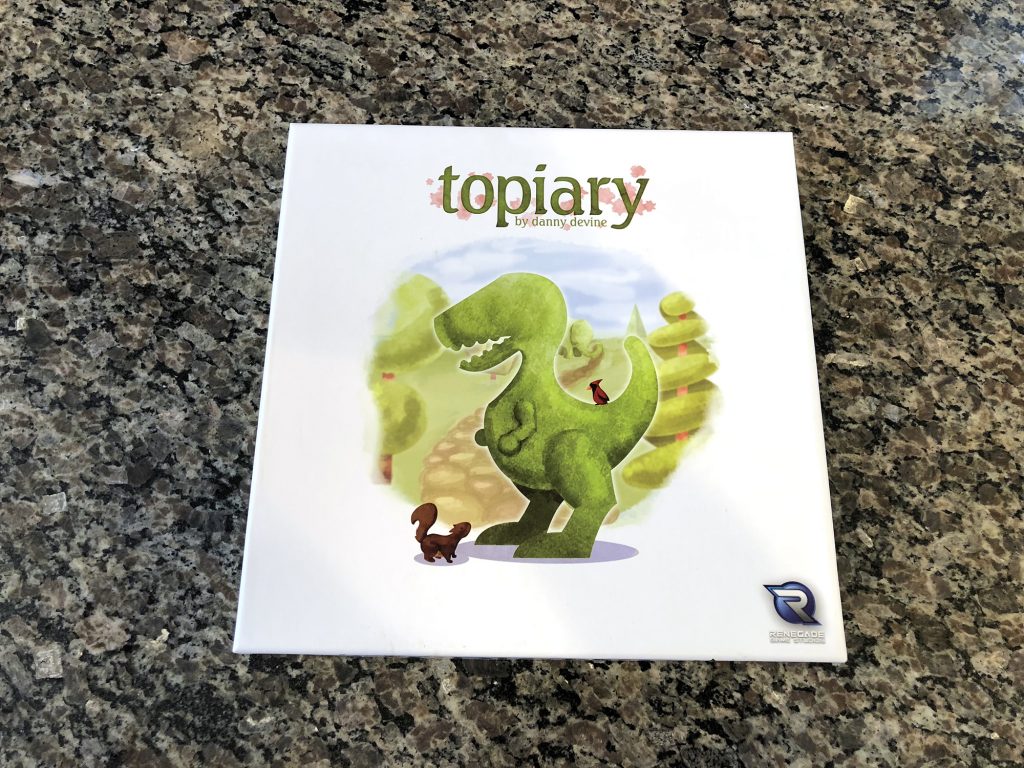 The meeples are awesome as well. In fact let’s pause to appreciate the only game I’m aware of to include a wheelchair meeple. I also appreciate that each color has a different shape. Nice touch team! 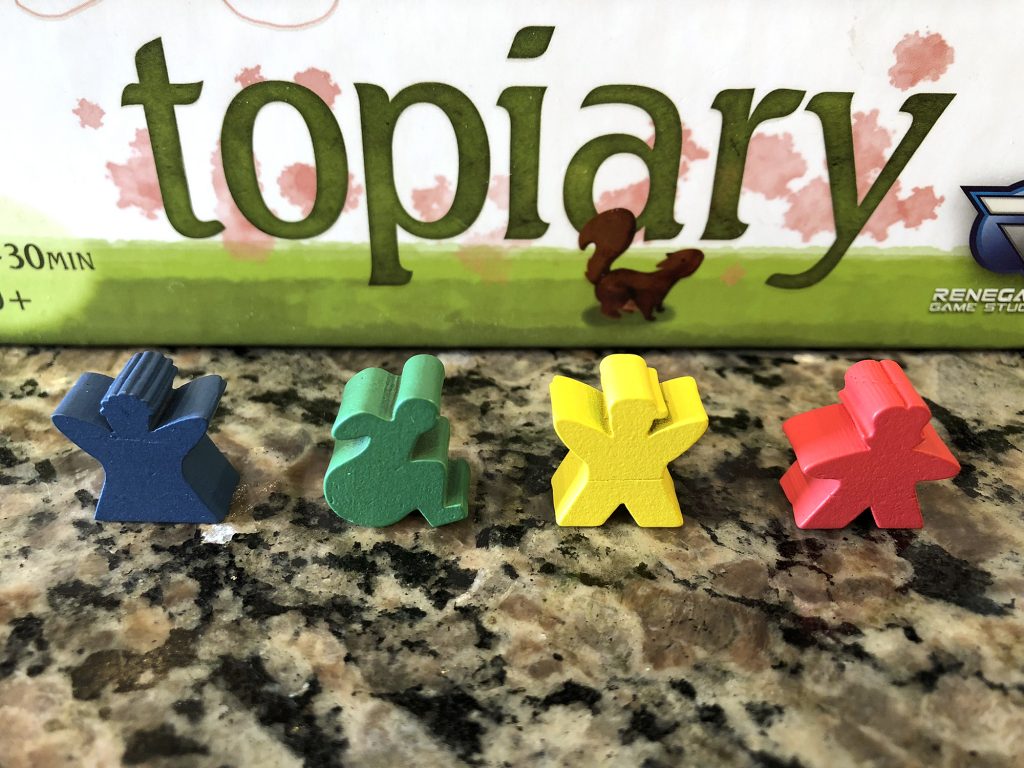 Oh, and the Topiary gameplay? Well…let’s chat about that.

Topiary is deceptively complex. In a 4 player game players only have FIVE MOVES, which sounds like nothing, but by the time your 5th comes around, you’ll be shooting daggers at your friend. How DARE they put their value 3 elephant where you wanted, no needed, to lay down your value 2 swan? Topiary has a really fascinating inversely complicated decision tree. The first player’s first move can be at any one of 24 locations, but you have no idea of how many points you might wind up with (the best laid plans of mice and men after all). While the last player’s final move only allows her to place her last visitor in one of 5 spots, but you’ll know exactly how many points you’ll earn for it.

I don’t honestly know what to compare Topiary to. It’s got tiles, but it’s not Carcassonne. It has “workers” but it’s not Stone Age. It has a player hand, but it’s not Sushi Go!. It’s such a well mixed and balanced game that you wind up not caring what other games it resembles, and just have fun playing.

Topiary does have a few minor flaws, nothing is perfect. The scoring markers included in the game are fairly thin and tiny. Since the publisher provided such awesome meeples, it would have been nice to include one additional piece for scoring. 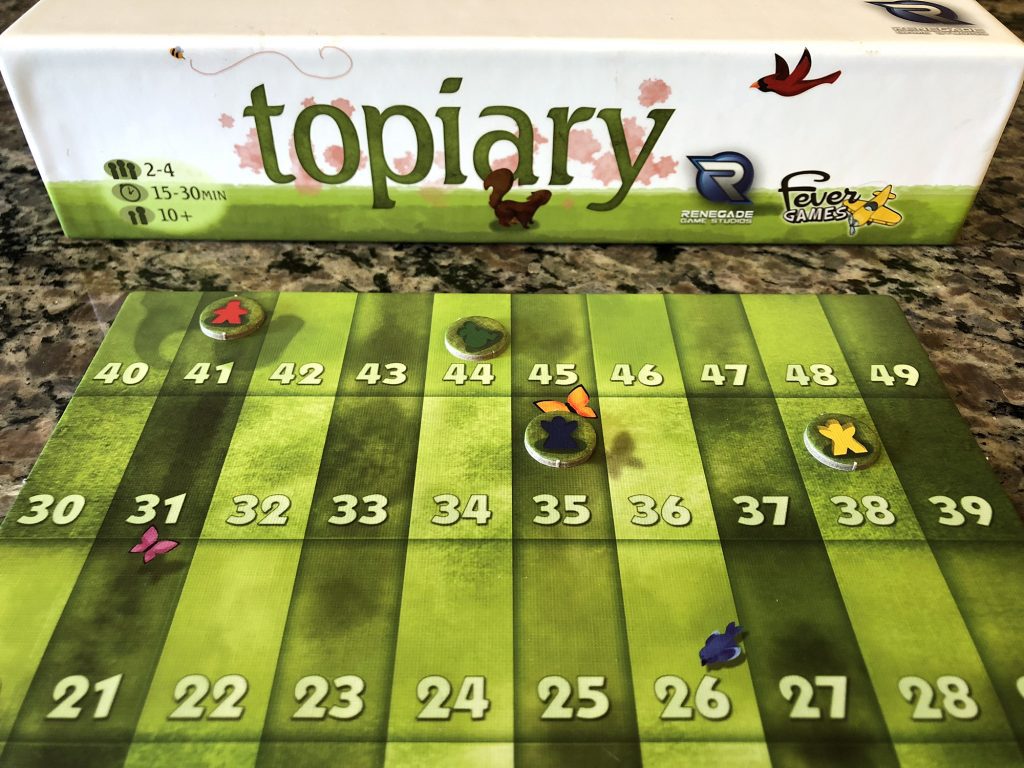 The tiles float loose inside the box, which isn’t a huge deal, but means that eventually they’ll start to whiten and the corners will smash.

Every person I’ve taught this game to has asked when it was on sale, and I’m happy to say that today is the day. Go pick it up. Topiary will grab you with its charm, but then sink its leafy verdant teeth into you. It’s out in stores today and I humbly request that you go pick up this game. You will not regret it!