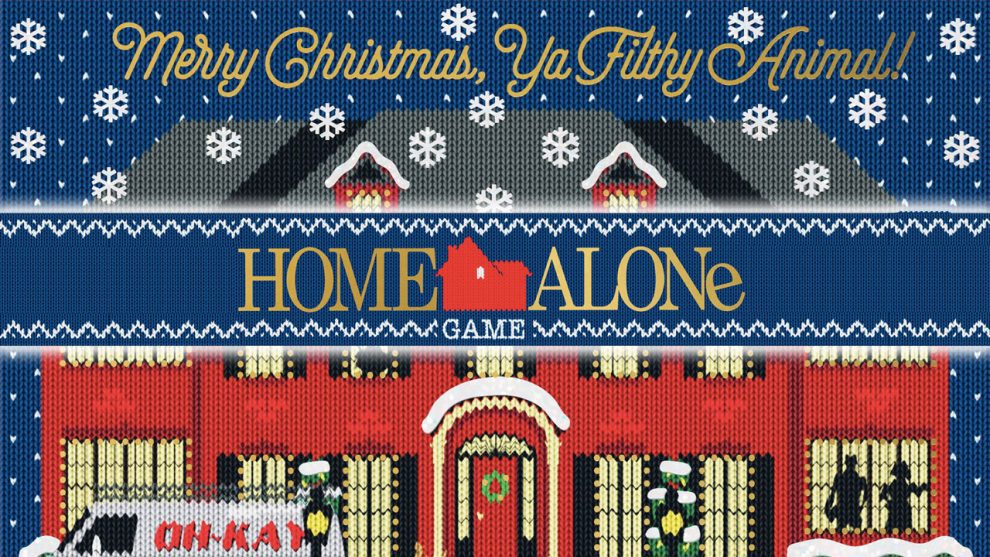 Marcus Cathey
Add Comment
Get confused as we mix up ‘90’s movie nostalgia, X-mas, and Netrunner in our Home Alone Game Review! 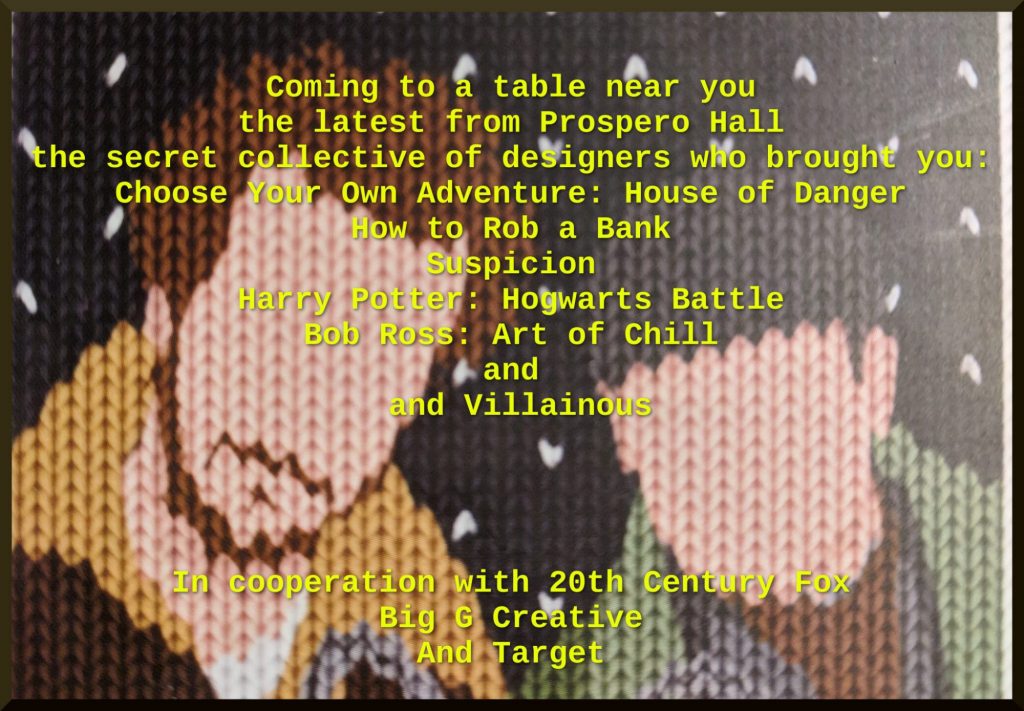 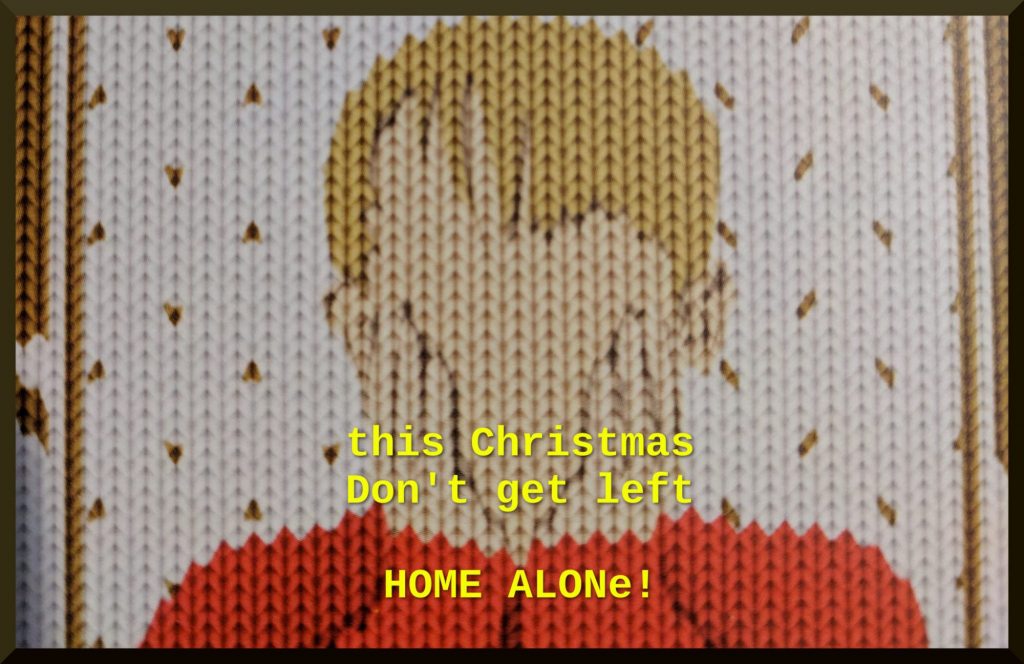 Just as in its movie namesake, the Home Alone Game is all Christmassy in show and decor and in general atmosphere, but the entire gameplay is a ruthless contest of cat and mice. As I read through the instruction manual, I immediately texted pictures to my Android: Netrunner buddy, “Dude, this is Netrunner, Kevin is the Corp and the Wet Bandits are runners! In Ugly Christmas sweaters!” That’s a perfect summary for anyone who has played or understands Netrunner. But it isn’t a direct 1:1 though.

In Home Alone, players decide who will play Kevin, the kid who gets left home in the movies, and who will play as a Bandit. The main game is a two player game, but there are instructions for having up to 3 Bandit players rather than one, an interesting departure for a Netrunner type game, but a thematically breaking one for the movie. For all player counts, Kevin has a board to place the Kevin Cards, the Paint Bucket die, and the Loot Cards with signs pointing to the discard pile locations. The Bandit(s) get a Bandit Board to place the Bandit Cards, and signs pointing to the discard pile for Bandits and the Van for placing stolen Loot Cards.

Players shuffle all the decks and place them in their respective spots. Players also place three Location tiles, representing places for the Bandits to break in at, between them, and this is best placed closer to the Bandit Board. These locations are the Front Door, Downstairs Window, and Upstairs Window. Setup is quick and done!

Players play in rounds with 5 phases. The Bandits win the game if they acquire Loot cards valued together at $2000 for one Bandit, $2200 for two, and $2400 for three Bandits. Kevin wins if the Bandits fail to do so before the Loot deck runs out.

Each player draws up to 6 cards (with Bandits drawing fewer in 3-4 person games). Whenever the Bandit or Kevin decks run out, the game is NOT over, but the decks are NOT replenished either.

Kevin draws three Loot cards, reveals them to the Bandit(s) and then conceals and secretly places them face-down one per Location. Loot can vary of a value from $0 to $500 and conditional values. There are 18 Loot cards in the game.

At this point, Kevin should study his Kevin Cards. These cards consist of 22 trap cards and 4 decoys. Trap cards have a Disarm cost in colored xmas bulbs, a Penalty cost indicating how many cards per Bandit deck/hand must be dismissed, and sometimes have special abilities and/or a paint bucket allowing Kevin to get a free shot at Bandits. Kevin then chooses to play the any portion of the contents of his hand in any way he wishes with only one major restriction, each location may have up to 3 traps, including Decoys. So it’s possible to play a range of no traps at all to 6 traps divided between 2-3 locations. Kevin will want to save tough traps for valuable loot, but will also want to play mind games when possible.

Bandits now get a chance to steal the Loot. Again, the Bandit should study her Bandit cards. Theses cards consist of 24 cards containing various colored xmas bulbs and 6 special ability cards. The Bandit announces which location he wants to break in and pays the Break-in costs. Break-in Costs are the same as Penalty costs in that they require the Bandit to discard a combination of cards from either their hand or the deck of Bandit cards. After paying the Break-in Cost, the first trap, if any, in the column for that location is revealed. If there’s a paint bucket, Kevin rolls the paint bucket die. If a color comes up, the Bandit must discard a Bandit card which has at least one colored xmas bulb of that color, or if she does not have that color, must show her entire hand to Kevin without discarding a card.

The Bandit may now choose to retreat, pay the Disarm cost (using Bandit cards), or “Take the Pain” by paying the penalty costs. Usually, the penalty is more expensive than the Disarm cost, assuming you have the right bulbs in your hand. If the Bandit disarms or takes the pain, the trap card is discarded and the next, if any, trap in the column is revealed. This continues until there are no traps in front of the loot and Bandit then acquires any loot in that column or the Bandit retreats, foregoing any further chance at that location (in 3-4 player games, the next Bandit in line can choose that location however). It is very easy for the Bandits to burn through cards from both her hand and from the deck. Bandits must carefully weigh the loot value and potential costs of each break-in attempt.

Any Kevin or Loot cards left on the table after the Bandits’ phase are discarded, face down. Cards in hand are kept and reduce the number of cards drawn for all players in the draw phase. In my play sessions, there were multiple times when Kevin laid out 6 traps only to watch them all go into the discard pile along with the unclaimed loot.

The game continues until either the Bandits steal the required amount of Loot or the Loot deck runs out.

The artwork in this game is really neat, unless you hate Ugly Christmas Sweaters. Almost all the art is that style of knit and iconography along with minimalist knit versions of Kevin, Bandits, etc. Well, see for yourself. I love the atmosphere it gives to the game, though it I can see people NOT wanting to play it in July as a result.

I love the game. It isn’t as full as Android: Netrunner, certainly no competition. It’s also a different game of strategy and much simpler. In Netrunner, objective wise, both players are racing to acquire points. In Home Alone, it’s a one-sided race with one player doing their best to handicap the others.

Strategically, it’s all about card management. Kevin can easily run out of traps if he plays all his cards every chance he gets and unless all the high value loot was stacked in the first few rounds of the game, he’ll certainly lose with that strategy when the Bandit just freely acquires all the loot at the end of the game. Kevin will have to decide which loot he’ll let the Bandit have easily or which loot he’ll let the Bandit have with a very high cost. He can also try to trick the Bandit into paying a high cost for a low value loot. Likewise, the Bandits can burn through their deck in the same manner. Bandits have a bit more freedom though in that they can start down a path and cut their losses before it’s too late. I couldn’t decide if one side has an advantage. I think it will vary widely with the style of players and the luck of deck order.

So I would not purchase this game with the idea that it’s a strategic masterpiece, but I would purchase it as a challenge of mind games and card management with a fun Home Alone Christmas theme. I expect it to become a Christmas tradition for my family and more. 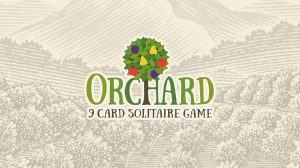 It's harvest time for solitaire games! Read our Orchard: 9 Card Solitaire review to see if this is the fruit you should pick. 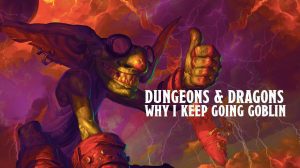 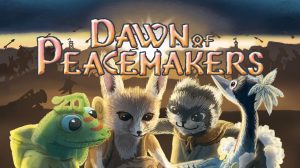 Are you conniving enough to bring peace to Daimyria, the world of Dale of Merchants? Read our Dawn of Peacemakers review to see if you’ll be blessed. 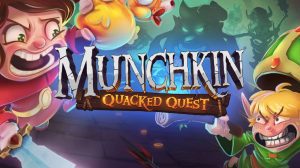 Can the Munchkin card franchise create a similar PC franchise? Read our review of Munchkin: Quacked Quest to add +1 to your Run Away stat.