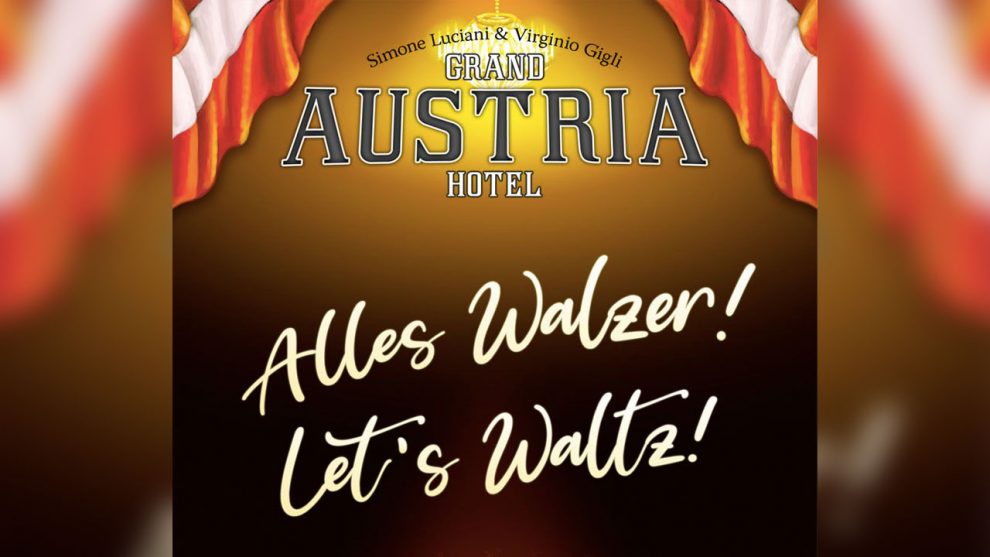 I don’t know Simone Luciani and Virginio Gigli, but I’m pretty sure I would marry them both if I could. (I’m happy at home, but when you design this many of my favorite games ever—Coimbra, Lorenzo il Magnifico, Alma Mater, Golem, T’zolkin: The Mayan Calendar—you can be sure I won’t ghost you after that first date.)

I only played Grand Austria Hotel for the first time in the summer of 2021 and was immediately smitten by the smooth gameplay and the delicious combos available on every turn. Thanks to having so many friends who love backing new content on crowdsourcing platforms, I am fortunate to have a copy of Grand Austria Hotel: Let’s Waltz! in my group’s game collection. I’ve played enough games of the expansion content to get some thoughts out there on the new modules.

Like all the great games I own and have had the pleasure of playing over the years, this is the case of another base game which didn’t need a single piece of expansion content. Grand Austria Hotel is a classic. But after playing just one game with the expansion content, I have to agree with the others in my review crew that Grand Austria Hotel: Let’s Waltz! is a must for anyone who loved the 2015 original.

My Meeple Mountain team member Kathleen reviewed Grand Austria Hotel and loved it; she also did a masterful job of explaining the mechanisms of the base game so this review will only cover my thoughts on the 5 new modules in the Grand Austria Hotel: Let’s Waltz! expansion. My final thoughts will try to put together my feelings on what the “perfect” combo is for all of this new content.

These boards require the placement of new meeples—dance partners tokens—from a new board each player has in addition to their hotel board. These dance partners can be placed within a ballroom when you complete a guest’s order in your cafe, meaning now you can move a guest out of the cafe and then either  place that guest in a matching hotel room or score the card as normal, then move a dance partner token into a ballroom.

The cost of every spot in a ballroom is paid in champagne, a new resource in the Let’s Waltz collection of expansions. Each ballroom has an area majority mechanic that can yield big points for the winner of each majority in a scoring round; more importantly, there is a sizable penalty if a player chooses to not place any dance tokens in a ballroom before scoring takes place.

The bonuses that come from placing dancer tokens in ballrooms are modest, but removing them from your dance token board can be more interesting, particularly because the best rewards come from pulling off more tokens. Pulling off one dancer token might get you a coin (krone); pulling off 3 dancer tokens might net you a point and the chance to close 2 rooms for free. This could net all kinds of other bonuses depending on the rooms you chose to close without having to move cafe guests off of your hotel board.

This module grants an interesting fantasy: what is, say, Mahatma Gandhi showed up at your hotel? It would be a pretty big deal, right?

The Celebrities module of Let’s Waltz! grants the opportunity to add some amazing effects to a player’s turn, but this is VERY limited—so limited, in fact, that those powers will only last for at most 2 actions during a single round.

Celebrities adds 3 colored dice, one each to match a face-up display of 3 celebrity tiles in any given round, from a total of 12 available tiles. These 3 colored dice replace 3 of the white dice you would normally use and are rolled as usual. Once all dice are assigned to the 6 actions, there is now a twist: if you take one of the colored dice, you’ll have to pay 1 krone for every other die that was available in that action section before taking the normal action tied to that number. You’ll also get a certain number of points as well as the listed action on that celebrity—with extra points onto any celebrity not selected in the previous round, to a certain limit—and then that celebrity’s power, which will expire at the end of the round.

The actions are interesting on each celebrity tile but very limited. For example, Albert Einstein might show up at your hotel. His power: you can swap up to 4 items from your kitchen for any 4 other items, giving you a chance to match up the things your current cafe guests really need. But if you have an empty kitchen? Not great. Gandhi’s power lets a player prepare rooms on any floor for zero dollars per room. This is awesome on a turn where there are lots of 3s in the prepare room action section in a round and you can take advantage.

Everyone loves variable player powers, and the Unique Hotels module gives Let’s Waltz! a chance to shake up a game that frankly already has a lot of variability in its start up, particularly in the drafting of Staff cards and the ever-changing dice distribution in a given round.

At the beginning of the game, players bid to take a specific set of starting dishes/drinks as well as an ongoing power they alone will have for all 7 rounds of the game. Most of the hotel entrances push a player in a certain direction during gameplay; one hotel makes filling/closing rooms on your hotel board more attractive, while another greatly prioritizes playing Staff cards by allowing that player to draw new Staff cards right after playing one.

But some of the entrances make gameplay a little easier without nudging a player to a specific strategy. The Kozi Palace features the ability to move a die in an adjacent column in the action selection area to one that might help mitigate a poor dice roll and get you the resources or actions you really need to complete a turn.

This helps explain the bidding mechanic available at the start of the game; I can’t claim to having played Let’s Waltz! dozens of times yet with the Unique Hotels module, but I can already tell that some of these entrances are more attractive than others. This makes the opening draft really fun as players duke it out with their already tiny pool of cash to start the game.

This module only makes 3 changes, but one of them is major.

If the base game of Grand Austria Hotel had one “controversial” game mechanic, it was the turn order. In a 4-player game, the first player in a round would take the first turn and then the eighth turn.

For a game that features very little interaction 98% of the time, this is a drag. So, for many players, the Start Player module will immediately become a must for future plays, particularly at higher player counts. (The snake-like turns work just fine in a 2-player game, which likely explains the BGG community rating which indicates Grand Austria Hotel working best as a 2-player game.)

With the Start Player module, players take turns in clockwise order. So the first player in a 4-player game goes first and fifth. The second player goes second and sixth. Not rocket science, but it’s “new” for a game of Grand Austria Hotel.

But wait! Not only does turn order get fixed with this module, but now there’s a skeleton key! This new mechanic allows a player to select the key instead of a die on their turn to guarantee first player status in the next round, while also taking any non-champagne resource from the supply along with a power-one action (open one room, take a krone or an Emperor point, etc.).

One other minor thing changes with the Start Player module: the first player gets 9 krones at the start of play, then each successive player gets 1 additional krone from the last. These acknowledgements seem to be a response to player feedback that the first player has a slight advantage, which makes total sense. Almost every game I own seems to acknowledge this advantage, and now Grand Austria Hotel is no different.

Not much to see here: this “module” is simply more cards, mainly into the Staff deck. This feels like a promo pack instead of a full-blown module, but maybe it’s just me. These cards and additional tiles just provide more options; more is better!

If you’ve played the base game in physical form or on Yucata, you will add almost all of this expansion content right away. All of it is valuable; heck, if you just told me I’d get 50 more Staff cards, that would probably be enough for me, but then you add in the Unique Hotels stuff, the Start Player changes to turn order…yeah, all of it fits.

My preference, though? It depends slightly on the player count.

If I’m playing this at 4 players:

“Justin, I think you forgot to add in the ‘Vienna Ballrooms’ module.”

Here’s the rub with the Vienna Ballrooms expansion: it distracts from why I love the base game. I’m a hotelier, and I’m trying to fill hotel rooms. When you have to worry about putting some guests onto a dance floor, the game changes into an interesting adventure: I find myself seeking out combos to get dancers out onto the ballroom floor while filling rooms without putting guests in said rooms! (You’ll still put some guests in rooms, sure, but to ensure you can win those ballroom majorities and get the associated bonuses, you are definitely gonna be focused on the dancers.)

Now, that doesn’t make Vienna Ballrooms bad; in fact, it’s quite good, and like the base game gives you plenty of chances to combo a bunch of things in other action categories. Combos are the heart of what makes Grand Austria Hotel really sing as you sort out the puzzle, so I’m not being critical of what Vienna Ballrooms represents.

I like a good mid-weight Euro design, and Vienna Ballrooms feels a little bit like a “people on a map” move: I need to get those area majorities going to score even more points in a game that is one of my favorite point salads ever made. (I scored 260 points in a recent game and I made a few poor decisions that would have spiked the score even more.)

The other modules stick to the main concept of the Grand Austria Hotel base game, with very minor additions. Also, and critically, Modules 2-5 don’t instill debilitating amounts of analysis paralysis in players. Vienna Ballrooms really slows the game down. Do I have enough champagne to make that move I want to make later? Should I put that guest into a room or onto the dance floor? Which dancer should I move, to unlock a bonus that I may need later?

My single game with all 5 modules took just over 3 hours. That’s just too long for a game in this weight class. Drop the Vienna Ballrooms module and you’ll be in that two-hour range for a game with 4 experienced players. And that is my sweet spot! 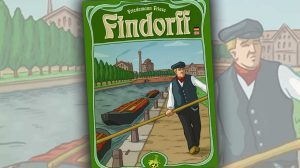 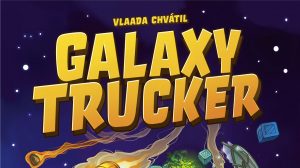 The classic CGE release Galaxy Trucker gets a fresh coat of paint for 2021. Justin revisits the game in his review! 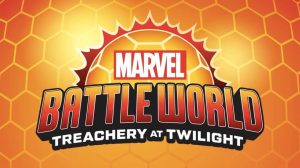 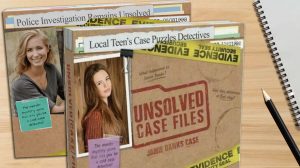 Justin reviews two of the Unsolved Case Files games from Goliath Games to see if this is a series you’ll want to solve!