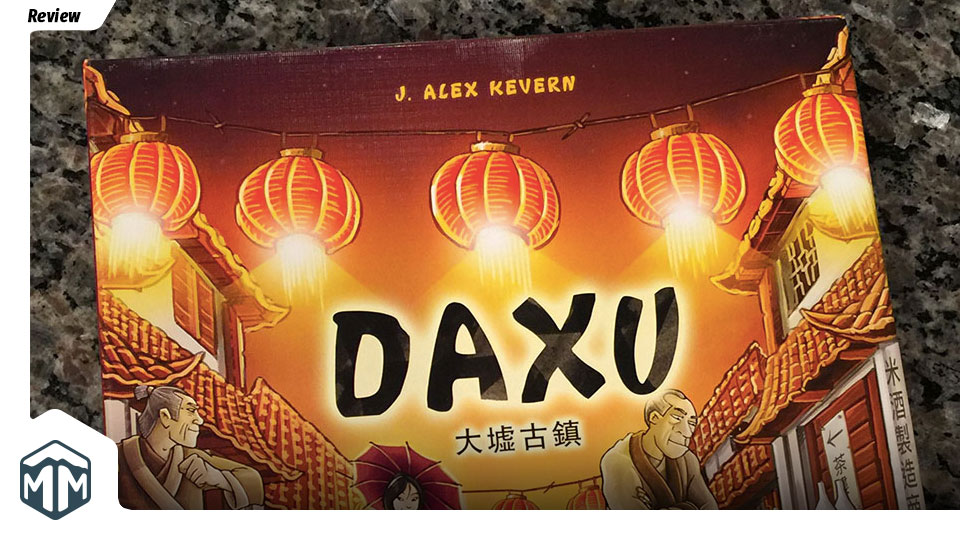 Daxu – A Review in Three Acts

Gather around children and let me tell you the story of two shopkeepers whose rivalry knew no bounds. A cautionary tale to be sure, but one to which you should hold fast, lest you be swept away by greed.

Once in the Southeast Chinese village of Daxu, during the Qing Dynasty, two shopkeepers worked on either side of a busy street. One was virtuous and honest, striving to maintain balance and harmony in his dealings with the people of his village and the other merchants. The other shopkeeper was prideful and full of greed and selfishness. Each merchant owned modest holdings in the village, selling commodities, and offering their services to the people of Daxu. 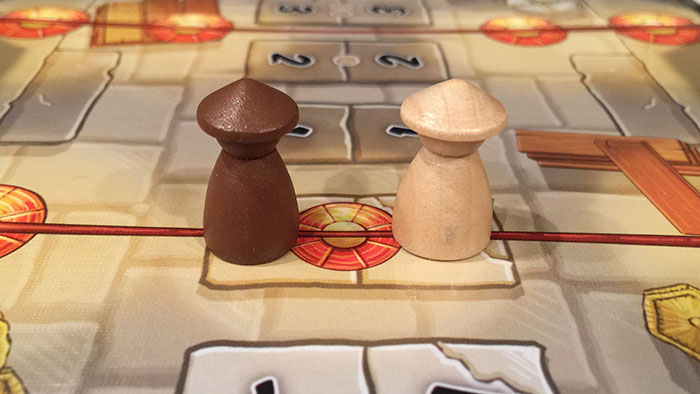 Over time the village began to increase in size and the people grew more demanding. The virtuous merchant strived to maintain the low prices of his goods and services, to not increase the size of his business beyond that which the village could bear, and to cooperate with other shopkeepers whenever possible. As a result his reputation among the villagers increased until he was respected and trusted above all other merchants. 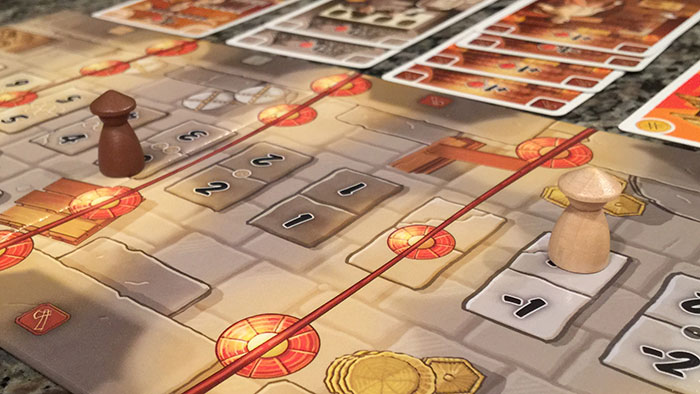 The greedy merchant cared only for the contents of his purse. He over charged whatever he could, he grew the size of his holdings too quickly, and he undermined other shop owners to gain advantages. His empire quickly grew, but it’s center was a rotten core. The people of the village disdained his businesses, but were forced to buy from him as he was the only dealer in certain types of goods.

The village of Daxu was renowned throughout the region for six things: baked goods, rice wine, woodworking, basket weaving, silk production, and teahouses. These six things made up the sum total of the village’s prosperity. 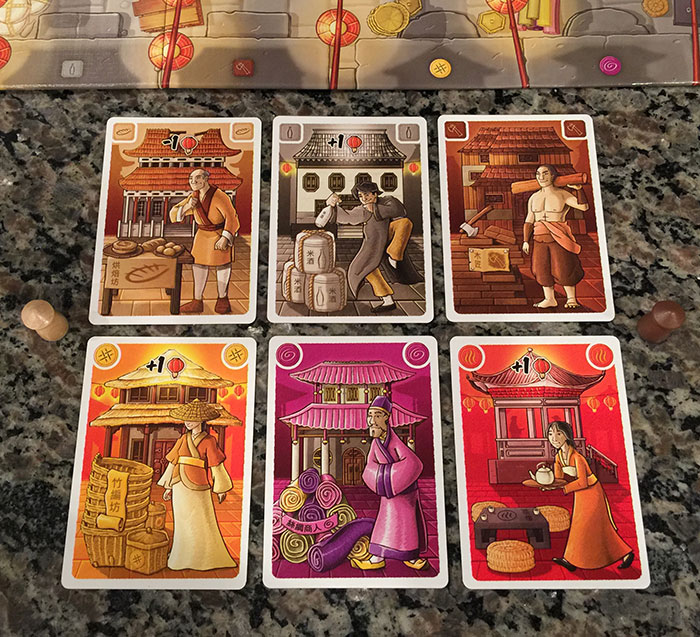 From time to time new contracts were made available to the merchants of the village. Some contracts were straightforward and allowed the merchant a reasonable profit for a reasonable amount of work. Sometimes the resulting work was of such high quality that the merchant’s reputation increased, and word of their skill passed from household to household. But sometimes the workmanship was shoddy and careless. Word of that spread likewise, and would cause a merchant’s reputation to decline. 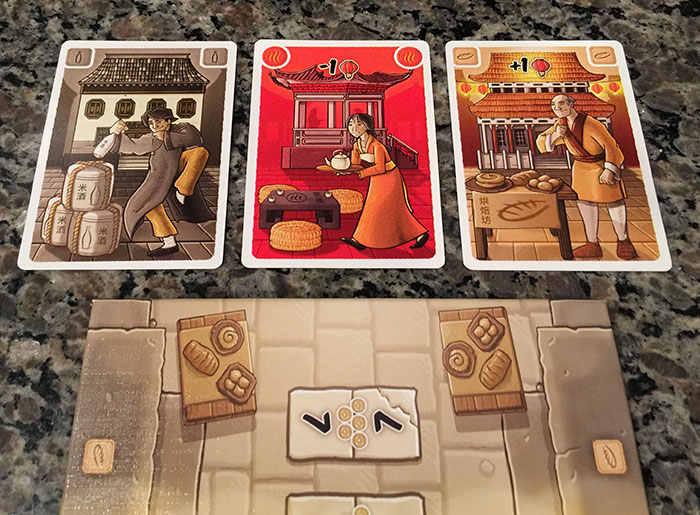 As is the case with business dealings, each contract presented a unique set of…challenges. Savvy merchants knew when to allow a contract to pass to another merchant, when to seize one for themselves, when to compromise with other merchants, and lastly when to undermine their competition.

My dear ones, be wary of undermining others lest you be discovered and your reputation decrease.

The businesses of both merchants prospered as each fulfilled contracts for work requested by the villagers. Each of them came to control the market for different commodities. One merchant so completely controlled the woodworking trade that the villagers felt sympathy for the other merchant. But that merchant in turn owned all of bakeries in in Daxu. 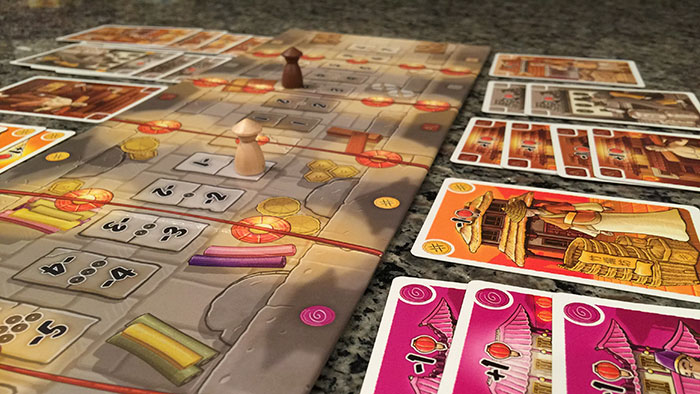 Over time each merchant realized that in their quest to be more successful than their rival they inadvertently turned the hearts of the villagers against the very thing they were most successful at. Both the virtuous and the greedy merchant realized that in all things business, balance is key. Be honest in your dealings, but do not turn from showing firmness and strength in your business decisions. The merchant more in control of himself and his industry will be the more successful man. 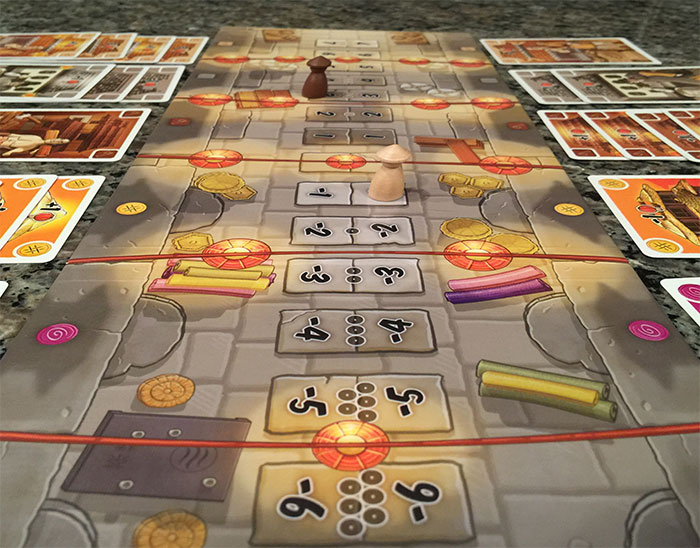 My Thoughts on Daxu 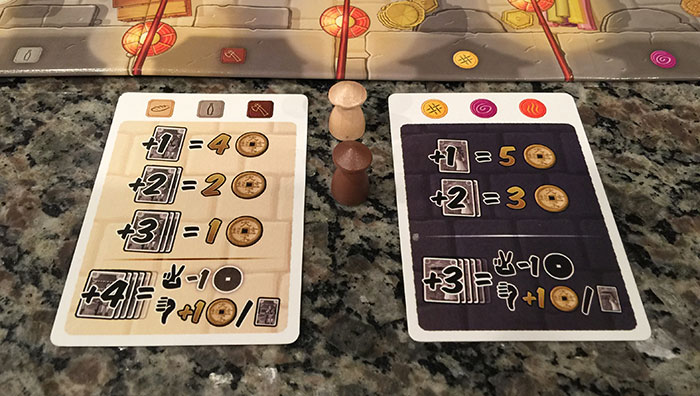 The rules say 30 minutes, but I’ve never had a game last longer than 20 minutes. Daxu plays fast, is delightful to look at, and has excellent decisions. Being able to read your opponent is a critical part of the game. Are they going to pass the cards to you, or will they try to claim them? Do you actually want the cards, and if so, can you undermine their choice so that you get the cards instead?

No decision is so impactful that you’ll lose the game over it. Since you never lose cards throughout the game you’ll need to carefully manage your holdings so as not to get too far behind.

Daxu is an excellent game and belongs on the shelf of anyone who loves two player games.

What do you think about Daxu? Give us your opinions about what you like and/or dislike about the game in the comments below!