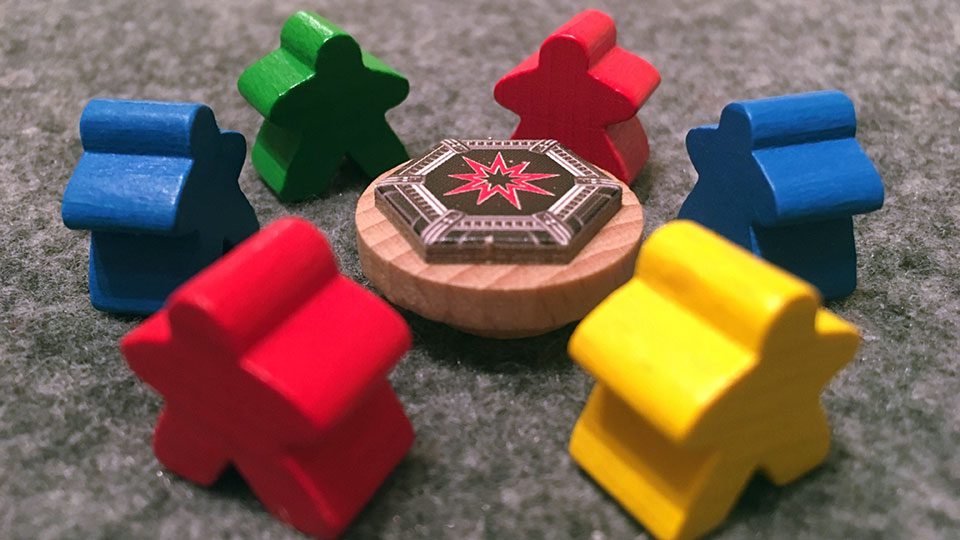 Elijah Longwell @elilongelilongwell
There is so much more to love about board games other than their gameplay, theme, and “fun factor.” Read on to find out what I find so much more important and meaningful!

Over the past couple years i’ve been consistently asked questions like, “That game you posted a picture of… It looks cool! What was it?!” or “I had no idea so many neat games existed!” by friends and family. I make it a point to post pictures of the games I play to social media as much as possible because I really want other people to enjoy this engaging and rewarding hobby as much as I do. Somehow you ended up here… so maybe it’s working!

The reason I love board games is much deeper than “because they’re fun.” I think they are actually capable of authentically building relationships and genuine community. Before you can really understand why I think that, it’s helpful to know some of the backstory of gaming.

Back in 1995 a little game called The Settlers of Catan came out. You see, over in Germany games are huge. A family sitting around a table playing a strategy game is completely normal. Eventually these games started to make it over to America and over time became more and more popular. When Americans started to get their hands on these games they also began to make their own strategy games similar to the European styles. For the first time we started to see board games from Europe and America that were both deep, strategic, and engaging that had a six page rulebook instead of a one-hundred page rule book. Up until that point “hobby” games were extremely complicated and not friendly to the average consumer. It was quite a big deal for these games to bridge the balance of depth and also ease of entry.

I’d venture to bet that a majority of you have at least heard of or seen Settlers because it has become quite the cultural phenomenon here in America. I’d even go as far as saying that Settlers of Catan is the single most influential board game in the modern gaming era. It was the game that first introduced me to the hobby and the same story goes for many other gamers out there. 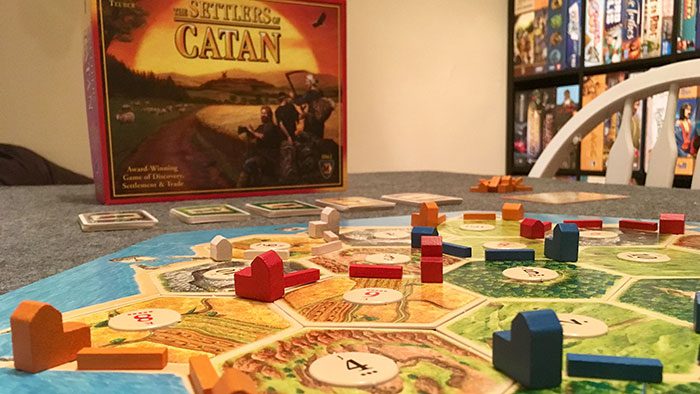 Growth of the Industry

The Board Game industry is in a bit of a renaissance right now. Back in the 1930’s on average you had about 30 games being released a year. In the past 30 years that average has gone up to about 2,000 a year. Last year? 5,000 games! (source) Now sure, that is a huge overwhelming number and surely a large portion of them are bad. Yes, that is true… But that also means that there are more good games coming out than ever before. For those who are overwhelmed by this, there are tons of great resources to find out which ones are actually worth your time (Some of my favorites are Shut Up and Sit Down, The Dice Tower, and Watch It Played) and welcoming Friendly Local Game Stores (FLGS) that love to help out as well.

A Game For Everyone

Settlers paved the way for the influx of these modern games that are both fun and yet not too complicated and they are only becoming more popular and common. There is such a wide range of modern board games out now that EVERYONE has a game out there that they can enjoy. Seriously. Games aren’t just for kids anymore.

Here are some of my favorites:

Maybe you like trains or geography? Ticket to Ride is a classic. Collect sets of cards to place trains on the board and get points for completing routes. 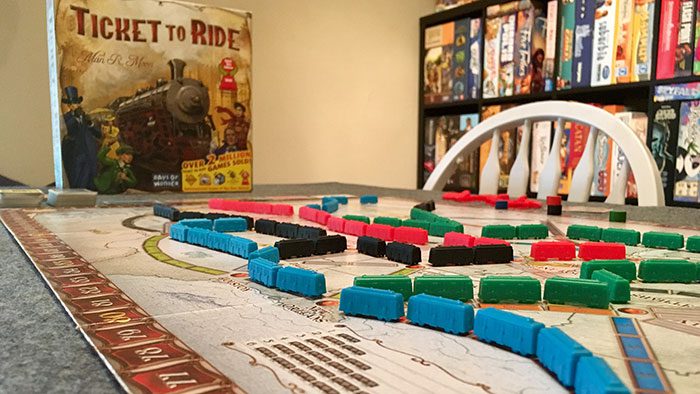 Perhaps you enjoy math and economy? Power Grid is your game. Build up your power empire as you auction off and place generators within a tight economy. 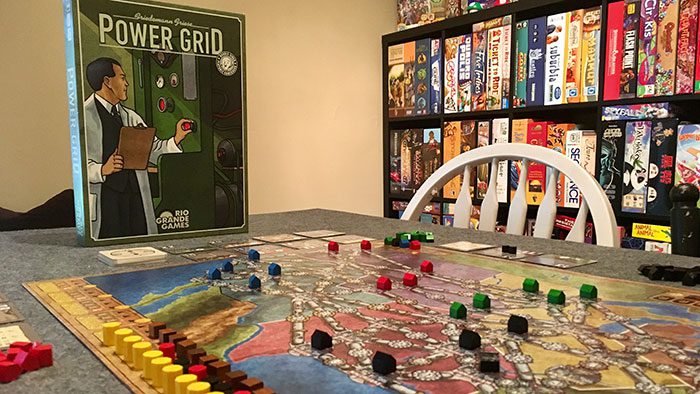 It could be that you loved chess as a kid and just want a thinker? Sounds like The Jarl. Move your two sided piece (flipping it each time to reveal a new way to move) and try to capture your opponent’s Jarl before they catch yours. 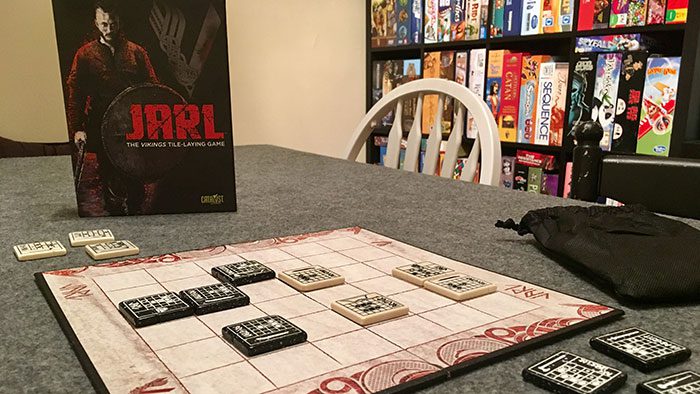 Do you just want everyone to get along and work together? Pandemic is the answer. Work together as a group to stop four diseases from spreading across the earth. 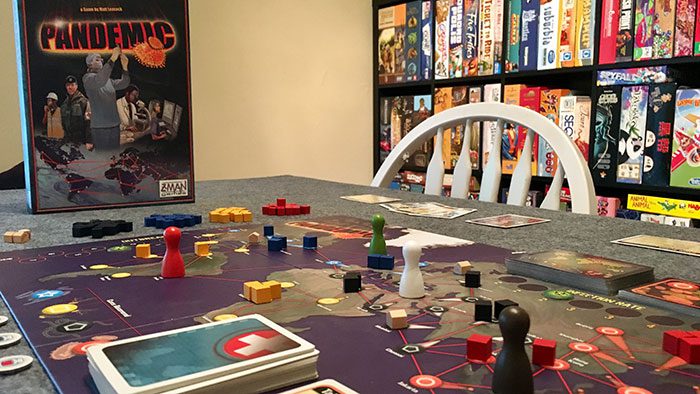 Simply want to have some laughs with a bunch of your friends? Sounds like Monikers. Draw a deck of cards and try to make your team guess them through three rounds of clues, one word hints, and charades. 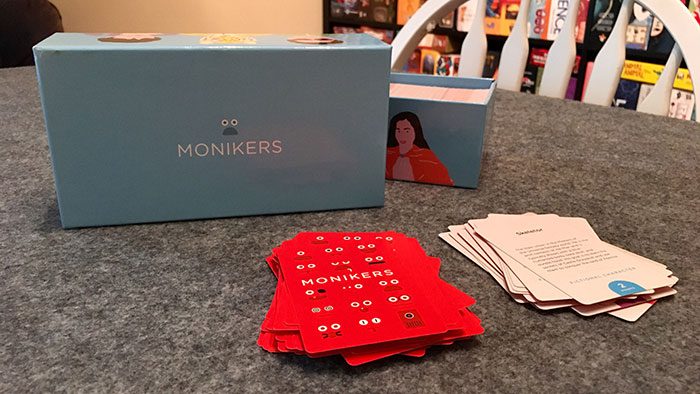 Maybe you want to play a social game of deduction with all of your friends? The Resistance is perfect for you. Work together to find the spies by trying to deduce who passes and fails each mission. Be careful though, if you are a spy you must make it through without being found out! 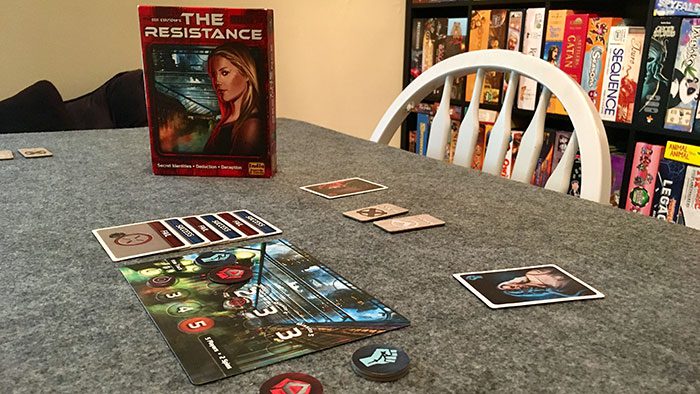 How would you like to build your own grand city from the ground up? Suburbia is your match. Buy building tiles and place them in your ever growing city to gain points and build the most well loved and valuable city. 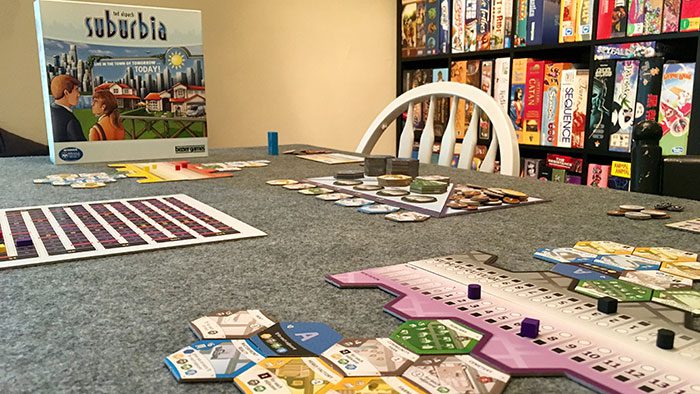 I could go on and on but you get the point.

Board games are a modern marvel that just haven’t quite had their time in the spotlight yet. They have been around as long as we have historic records and they will not be going anywhere soon.

The biggest, most important reason that you should be playing board games, though? They bring people together. I can’t stress this enough. Games can be fun and exciting, but it’s the people that really make those experiences lasting and memorable.

I’ve bonded with family over a game of Ca$h ‘n Gun$ where we all pointed foam guns at each other in order to try to get away with the loot. I’ve sat down with complete strangers and made long time friends while we all frantically swapped chairs during silly games like The Great Dalmuti. I’ve screamed and yelled with friends as we barely escaped the cursed temple, narrowly missing the loud gong in the last seconds of the soundtrack from Escape: the Curse of Temple. I worked closely with my roommate as we sent off the resistance members to complete their missions only to be genuinely shocked that in the end of our game of The Resistance he was a lying spy all along. I sat across a woman and fell in love over a shared game of Carcassonne.

The point is that board games build relationship in a way that almost no other medium can do. I have met countless strangers through the board game community who i’ve gone on to become great friends with. Sitting down at a table around a game is just plain fun and it truly brings people together.

I would be more than happy to spend the time to find a game that you will love because to me it is more than just winning or losing, it’s about bringing people together. Seriously, I believe it so much that whenever it is time to get gifts for my married friends, I intentionally buy them two player games that they can bond and strengthen their relationship over. I’d love to help you find that game as well. If not me though, find someone, take a chance! You’ll find out why I love board games, and why I know that you will too. 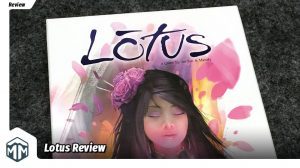 There’s no doubt about it, Lotus is a beautiful game. But is it is as good as it is pretty? Read our review of Lotus to find out! 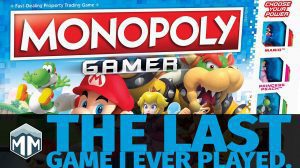 Monopoly Gamer – The Last Game I Ever Played

Do you remember where you were the day you opened Monopoly Gamer?

Join us for Nashville Tabletop Day 2017 on April 29th!

We’ve just announced our biggest event yet! On April 29th we’ll be partnering with the [Nashville Public Library]() and [Geek & Sundry]() for... 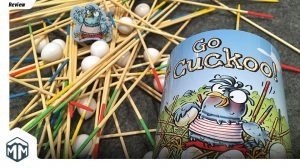 Ever wonder what it’s like to be a mother bird who has to build a safe and secure nest to keep all of her eggs safe? No? Me neither… Read on to find out why Go...