Jesse Fletcher @boardgamebard
Add Comment
In First Take Fridays we offer hot takes on games that are new to us. This week we have Strike, John Company: Second Edition, Flashback: Zombie Kidz, Applejack, and Jurassic World: The Legacy of Isla Nublar 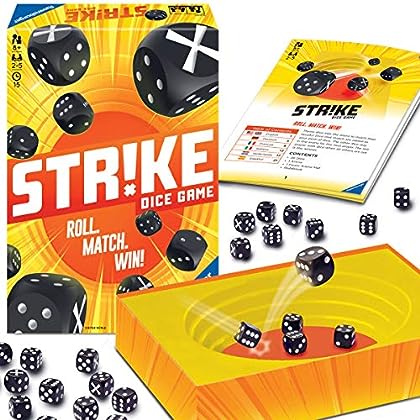 Strike (sometimes known as Strike Dice Game) hit its tenth anniversary this year, and until recently, I had never played it. But on a recent game night, we played it three times in about 20 minutes total, and all I did was laugh.

Strike has rules, but they are brief: chuck a die into a small plastic dice arena, and if it matches any other dice currently in the arena, take them all into your supply. If anyone rolls an X, that die is a strike and is removed from the game. If anyone rolls a die in the arena and all of the dice show the same face, it empties the arena, forcing the next player to roll all of their dice to build a new arena supply (and, usually, hosing them out of a decent number of their own dice). This is a game I’ll play again and again, at least at somebody else’s house!

What a fascinating design John Company is. Based on the real and terrible exploits of the East India Trading Company, John Company brings to life the petty squabbling, political in-fighting, financial opportunism, and lack of competent management responsible for the mother of all evil corporations. Though an absolute bear to onboard, with our first round as three inexperienced players taking about two hours, the system is elegant once you have it, and its possibilities make themselves rapidly apparent and the manual is mostly excellent.

What makes John Company so fascinating as a design is that it manages to be cooperative on the macro—you need the company to do well in order to do well yourself, and it is very easy for the company to do poorly—while being violently competitive on the micro. Everyone is jockeying for position and for their own advantage. Spectacular stuff that I can’t wait to get to the table again. I was tired after that first game, but boy was it good. 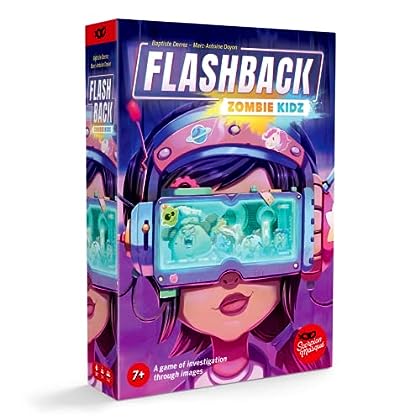 Set in the story of the Zombie Kidz Evolution legacy game, Flashback: Zombie Kidz is a wholly different investigative experience. Players look back into three Memories via cards to try to figure out how to thwart the dastardly plans of the Zombies. Reminiscent of MicroMacro: Crime City, or MicroMacro: Full House, Flashback presents a single moment in time from dozens of perspectives to create an evolving picture. The goal is simple: examine the cards, answer the questions correctly, and save the day. The bonus bits and quirks in the box keep the experience lively, and there is definitely more to the cards than meets the eye. We knocked out the three base Memories in a single afternoon. It’s hard to stop once the fever kicks in! If you fell in love with the Elementary world of Zombie Kidz, Hatchette has created a lovely follow up to immerse you in the story.

From new publisher, The Game Builders, Applejack is Uwe Rosenberg’s newest creation. It’s a game about trying to create the most bountiful apple orchard over the course of 19 rounds. Each player has their own orchard board that begins the game as a blank slate. As the game progresses, players will be moving the titular Applejack die along the path printed on the central game board. The outer edges of the board are divided into small depots where the tiles the players will be drafting are stored.

When a tile is drafted, the player adds it to their orchard, attempting to group together honey for large payouts (honey is both the currency and main scoring element), and trying to cluster apples together by their types in order to score end game bonuses.

In terms of difficulty, this is one of Uwe’s easier titles, but there’s still plenty of challenge here to keep me coming back for more.

Keep an eye open for my upcoming review. 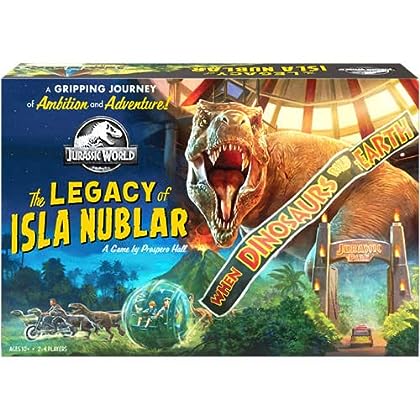 As a fan of legacy games and having a gaming buddy who is a legit Jurassic Park superfan, I naturally backed this game on Kickstarter as soon as I heard about it. Anticipation soon leaned towards apprehension upon hearing early negative reviews, but I was relieved to find upon playing a few games of the 12-game campaign that it is a really fun experience. Accomplishing the various goals throughout each game–closely adhering to the movie storylines–is a fun puzzle of a cooperative game. I can see how it would fail to scale with a higher player count, as the number of actions are static no matter the number of players. That said, five games into my 2p campaign,  I’m having a wonderful time with the game so far and can’t wait for the next session.

Deal with the Devil: First Take