Humans are by nature social creatures. We self-group around any number of social, political, religious, or entertainment-related areas of our lives. Baptists, Democrats, Video Gamers, Foodies, Left Handed Basket Weavers; at our core, we simply want to be with people who understand us and appreciate the same things we do. 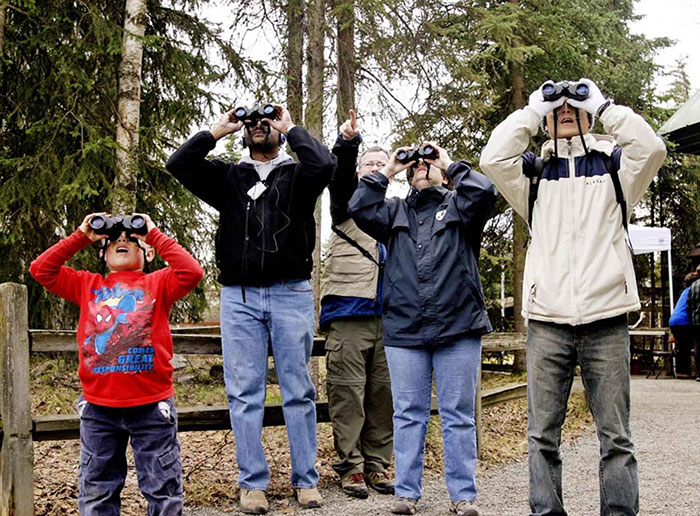 With the explosion of the internet, and our increasing move into digital relationships, that in-person connection is more important than ever before. If you haven’t found groups that meet your social needs, then perhaps this article will help you take the steps needed to start your own community.

Board gaming has been around for thousands of years in various forms but has recently been experiencing a renaissance in the past 2 decades. Modern board gaming has moved so far beyond its roots that it’s barely recognizable. Today’s board games are sleek works of art that offer intelligent choices, tons of strategy, and loads of replayability. 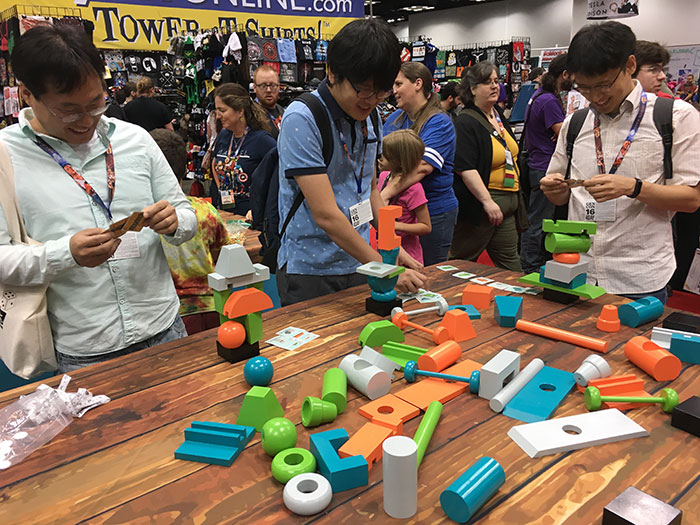 Junk Art from Pretzel Games and the Bamboozled Brothers.

I played games growing up, but didn’t really get into board gaming as an adult until about 2 or 3 years ago. I got hooked, and big time. I started gaming a few times a month, and then I started looking for others who were like minded. It turns out that there are lots of us. Lots. I couldn’t find an existing group of people who met when I wanted, so I decided to start my own.

The office manager at my company, Eventbrite, was cool enough to let me host my first game night after hours. She even paid for food and drinks and gave us $100 to spend on board games for the office (thanks Heather!!). I told some coworkers and a few friends from around town, and that first night we had 15 people playing board games.

Once that initial meeting took place, an interesting thing began to happen. Our group that started off as 10 to 15 people playing games began to grow. I didn’t even do any marketing, it was strictly word of mouth. Attendees told their coworkers, invited their friends, and brought their significant others. At first I called it “Technology Game Night” because I wanted the tech companies hosting each event to be able to share useful information with attendees about products, services, or job postings.

Over the next year, Technology Game Night grew from people involved in the tech industry to people from all walks of life. They were all brought together by their love of board gaming. I decided to rebrand and call it “Nashville Game Night” in celebration of our great city. 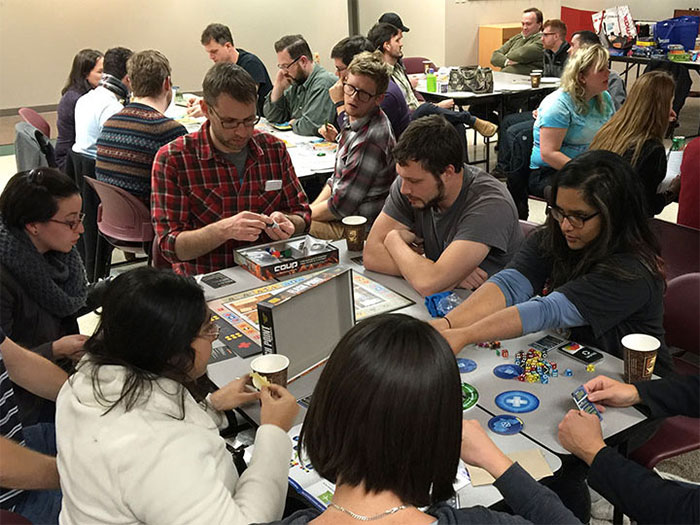 Over the following months people began to recognize each other, and look forward to seeing certain people on a regular, if infrequent, basis. A small contingent of us decided to use our interest in technology to our advantage. We began using a free (at the base level) service called Slack as a chat room. Instantly we were able to begin talking about games we had played, games we wanted to play, games we had heard about, and more. The chat room also grew from 20-30 people to over 125 people.

After those first few months, we realized that Game Night was a great success. So I decided to do it regularly; the 3rd Thursday of the month. Once a month is infrequent enough that people don’t feel like you’re trying to monopolize your time, but often enough that you can start to build relationships between attendees.

I didn’t want to continue to take advantage of Eventbrite’s generosity for too long, so I started asking attendees if their companies would be interested in hosting. It was slow at first; Eventbrite hosted 4 of the first 6 nights, but little by little other companies expressed interest and were added to the schedule. 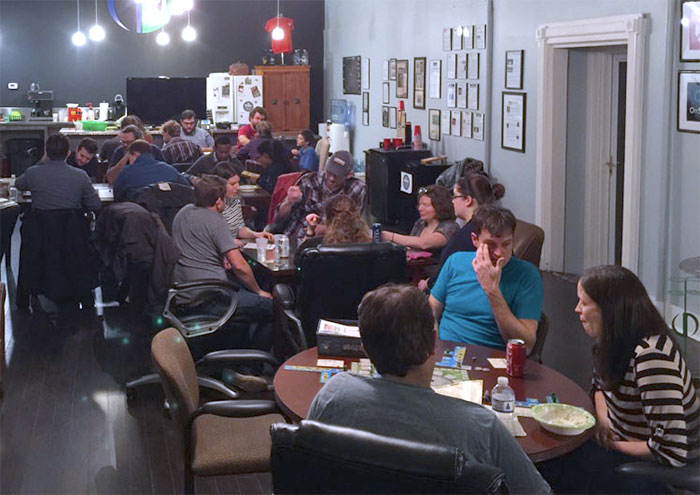 In some cases the person who made the decision to bring in Game Night was the same person who attended Game Night. In one case an attendee worked for almost three months with their company’s decision makers before they persevered and we were allowed in. In all cases, the companies were excellent hosts, providing safe spaces to park and game, excellent accommodations, and wonderful food and drinks.

Nashville Game Night will be celebrating it’s two year anniversary in December. We regularly have 50 or more people, with occasional spikes up to 80. It’s been a long road, and I’ve been fortunate to have the support of friends, family, and colleagues. 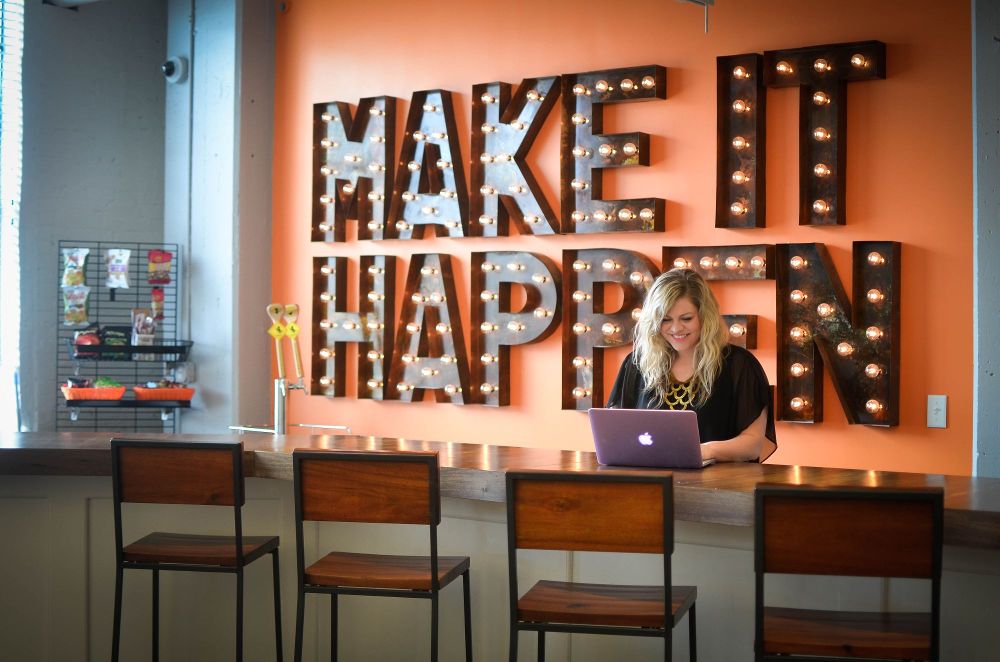 Want to learn more about building community, planning game nights, and other things that come along with them? Check out some of our other articles that might help you out!

What do you think about Building a Gaming Community? Give us your opinions in the comments below!