I think that dexterity games are one of the most important factors to consider when trying to get people into our wonderful hobby. You might be thinking, “How could a game like Rhino Hero ever be more effective than Ticket to Ride or Carcassonne?” There are three main reasons that I feel confident making such a bold statement: Dexterity games are visually stimulating, extremely tactile, and play very quickly. Let’s unbox each one of those.

Pieces from Go Cuckoo!, Animal Upon Animal, Ice Cool, and Flick ‘Em Up

A Sight for Sore Eyes

The single biggest advantage that dexterity games have over more traditional board games is that they are incredibly visually stimulating. I have never played a game of [Go Cuckoo!](/reviews/go-cuckoo-review-josep-m-allue-viktor-bautista-i-roca/) or Ice Cool where people didn’t flock to it to find out what in the world we were playing. These games just *look* so foreign that they demand attention. With 4-5 people standing around a table, yelling and cheering every couple minutes, it is impossible to not draw a crowd. 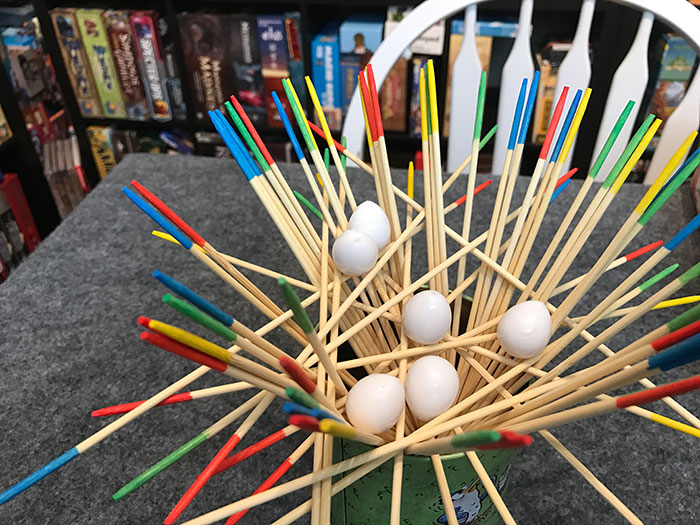 Don’t get me wrong, there are other kinds of games that can get people laughing and yelling in excitement, but when the crowed comes to see what happens, there’s usually no visual indicators as to what is going on. Take a game of The Resistance, for example. The same situation can arise, but suddenly all of the new viewers trying to get in on the excitement have to ask, “What is going on? How does this game work?” When someone walks up to a game of Junk Art they don’t have to ask what just happened, as a player’s pieces scattered around the table tell the story for them immediately.

I’ve heard the question “Can I get in on the next game?!” more from any single dexterity game than I probably have from all of my traditional tabletop games combined. The excitement they build is simply contagious. 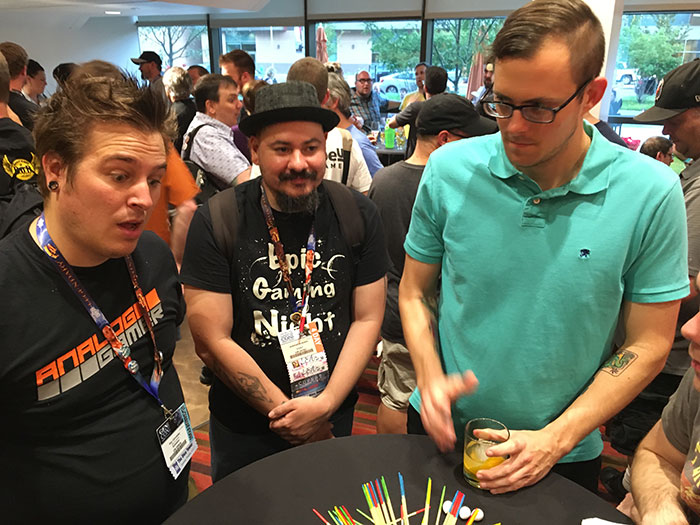 “Just look at Roy’s face! So much anticipation!”

The next factor here is how tactile these games are. Either you’re playing a stacking game, a flicking game, or a game with some other instinctive dexterous motion. No matter what, dexterity games get you using your hands.

Not only are the pieces visually appealing, but they also just *feel* good. Some of my favorite board games out there use pieces that are very tactile. They often lend themselves to just being played with throughout the game. Think about it, have you ever played a game of Ticket to Ride where everyone dumps out there initial trains and just leaves them in a weird pile? I sure haven’t. Whenever I play, people tend to start organizing them into weird patterns or stacking them up. Play is brought out even in a game that doesn’t naturally encourage it and it’s very satisfying. 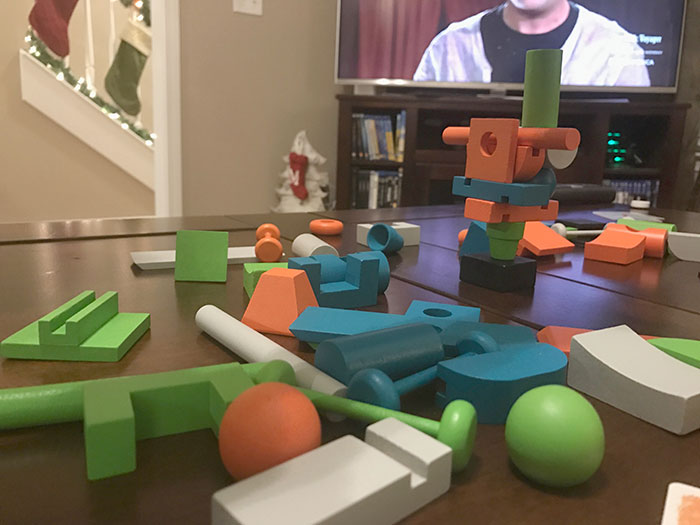 Humans have always been wired to build and create, so why wouldn’t that naturally translate into play? For a while now, I’ve been using this term I came up with to describe this phenomenon in games. It’s called “Builders Satisfaction.” Basically, it’s the feeling of satisfaction you get when you actually build something unique in a game. Dexterity games are one of the most prominent sources of this. There’s just something about looking at a huge structure that you’ve built (probably seconds before it’s about to fall) and feeling proud of what you’ve created.

King of the Short Attention Spans

Let’s be honest, most people who are not already into board games don’t want to sit down for a couple hours to play a game that they know nothing about. I get it, board games can be scary and overwhelming sometimes. Dexterity games solve this problem by being quick and easy to learn. Most of these games take less than 30 minutes or so. Like I mentioned before, people are so quick to try to “get in on the next game.” While the excitement factor is a major contribution, another huge factor is that they’ve seen how quickly the games last and they’ve probably already picked up on the rules from just watching it. 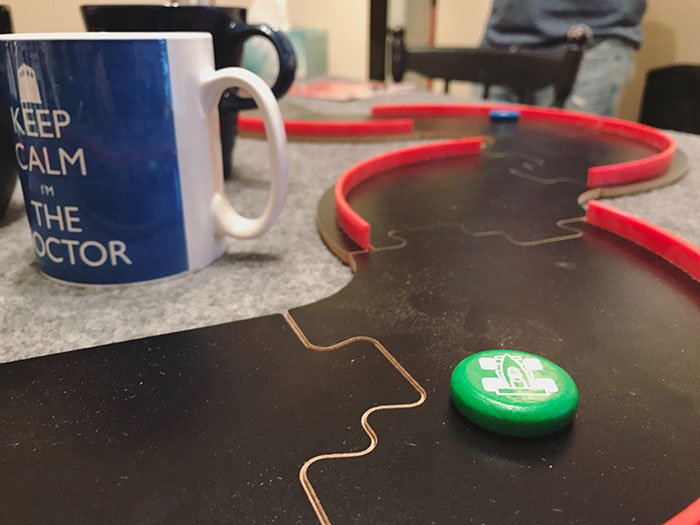 One of the coolest things about dexterity games is how instinctive they are. In most modern board games, you have to learn a set of rules and mechanics that govern the game. While that is true for dexterity games as well, the fact that the main mechanics are boiled down to instinctive reactions (like stacking or flicking) make these games extremely simple to learn and pick up. You can literally learn most simply by watching. This brings the barrier to entry down *significantly*.

In addition to the instinctive nature that these games bring out, they also harken back to childhood days of playing games like Jenga and Operation. Dexterity games were a central part of childhood play for many people. Really, think back on some of the games that you may have played as a kid and you’ll probably be surprised how many dexterity games were in the mix. This extra familiarity just adds on to the confidence people have in jumping into something that would normally be so foreign. 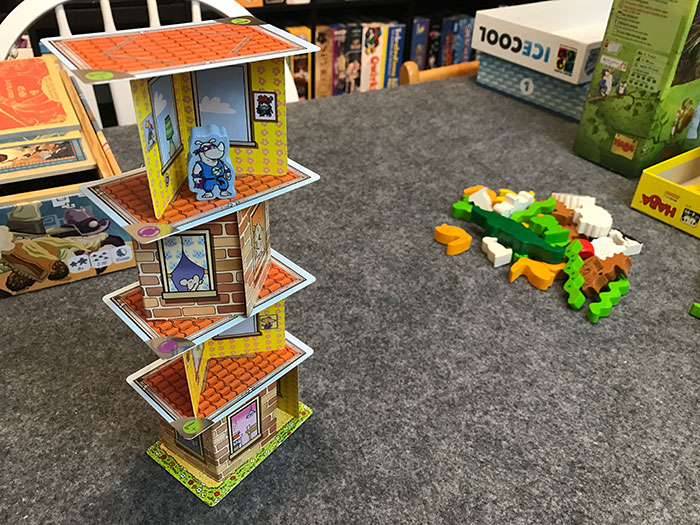 The Joy of Stacking

All in all, dexterity games are some of my favorite kinds of games, period. If you look at my shelf, you’ll see a surprising amount of flicking, stacking, and throwing games represented. While I’m not particularly good at them, there is a special kind of joy that comes from seeing friends, family, and complete strangers laugh with excitement when they make the perfect shot or knock down a tall tower of blocks. Few other games can encapsulate this kind of feeling and almost none can do it so easily. 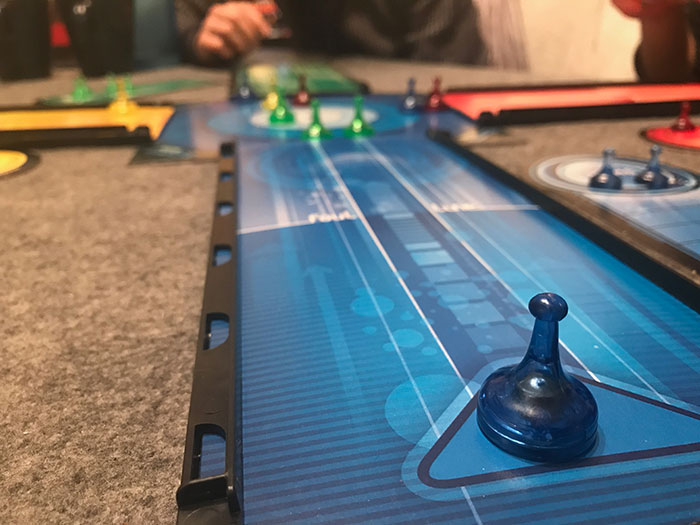 If you’re trying to choose which games to bring to a game night, I *highly* recommend tossing a dexterity game into your bag. Whether you end up playing with seasoned gamers or draw in some non-gamers, I know that you’ll have a great time! Next time in our Growing the Hobby segment, I will be looking at the importance of Party Games in bringing new players into the fold!

What are some of your favorite Dexterity games? Do you have any stories of introducing people to the hobby with them? Let us know in the comments below or on social media!